Human rights groups say there were only 17 survivors out of the 2,300 political prisoners held at La Perla between 1976 and 1979. 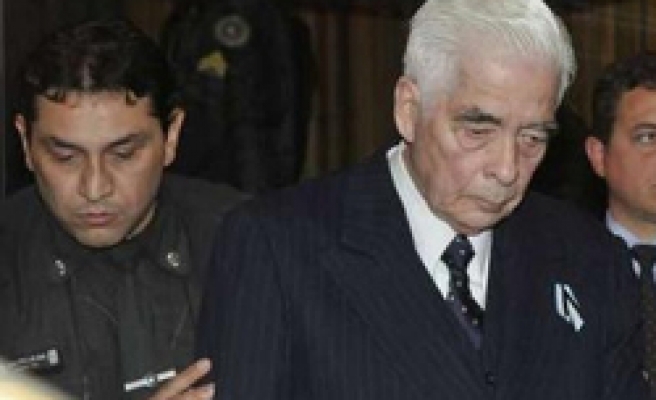 An Argentine court sentenced eight men including a former general to long jail terms on Thursday for the torture and killing of four leftists 31 years ago during the country's dirty war dictatorship.

Ex-general Luciano Menendez, 80, was ordered to serve a life sentence in a common prison, rather than a military facility or at home. His seven co-defendants, among them former intelligence agents, were jailed for between 18 years and life.

Human rights groups and families of victims crowding the court room cheered and clapped as the sentences were read out, some swearing at Menendez.

Menendez commanded the army zone that ran La Perla, the biggest clandestine detention center in central Cordoba province, during the 1976-1983 dictatorship in which rights groups say up to 30,000 people died or disappeared.

"He was the main perpetrator behind the reign of terror our province lived under 30 years ago. He sowed death and terror, committing crimes against humanity," Cordoba Governor Juan Schiaretti told local television after the sentencing.

Menendez and the seven other men were convicted of different crimes related to the deaths of three men and a woman, all members of the Revolutionary Workers Party.

The four leftists were kidnapped and tortured for more than a month in La Perla. They were later killed in a staged street battle in December 1977.

Human rights groups say there were only 17 survivors out of the 2,300 political prisoners held at La Perla between 1976 and 1979.

At the sentencing hearing, Menendez defended the dictatorship, saying the country was fighting Communism.

"Terrorists used to be illegal. Now they have taken over the system and pretend to be peaceful, law-abiding citizens who respect the constitution," he told the court.

Under former President Nestor Kirchner, courts and Congress annulled pardons for military personnel involved in human rights crimes during the dictatorship, and since then courts have tried and convicted several people of human rights crimes.