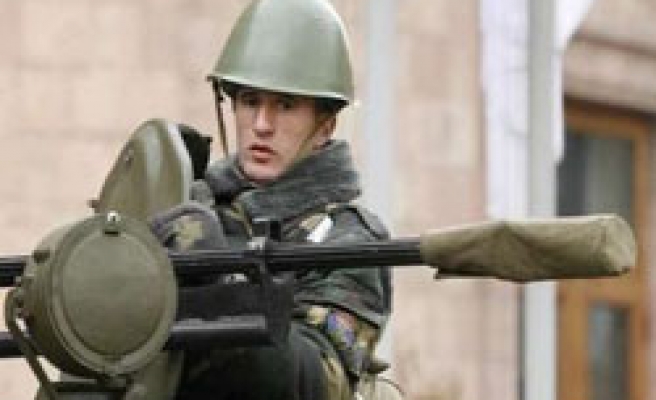 Armenian soldiers killed two Azeri citizens in Nagorno-Karabakh on Saturday, Azerbaijan's ANS television station reported on Sunday, five days after one of the worst breaches of a 1994 ceasefire in the disputed region.

Neither the Azeri or Armenian government could be reached to confirm or deny the report.

Muslim Azerbaijan and Christian Armenia fought a 1992-94 war over Nagorno-Karabakh which killed around 35,000 people.

The two sides are still technically at war and diplomatic ties have been cut.

On Wednesday Azerbaijan and Armenia accused each other of triggering one of the worst breeches of the ceasefire.