Armenian police have arrested 30 opposition activists for starting a riot which killed eight people, the Prosecutor-General said on Tuesday, in a clampdown on opponents during a state of emergency. 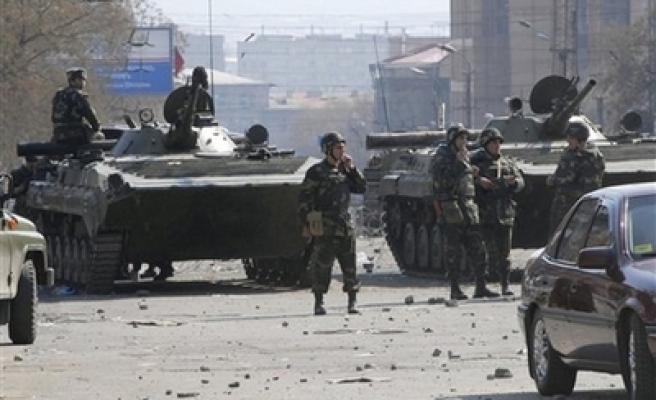 The ex-Soviet state's top military commander also said he needed the emergency laws to ensure stability but opposition leaders accused the authorities of abusing their powers.

"Thirty people have been detained for provoking mass disturbances on March 1, not obeying the police and violent actions against policemen," the Prosecutor-General's office said in a statement.

Police had already arrested a handful of prominent opposition figures -- for allegedly plotting a coup or hoarding firearms -- during daily mass demonstrations against a Feb. 19 presidential election.

The protesters accuse Prime Minister Serzh Sarksyan of rigging an election last month in which he officially won 53 percent of the vote and his main rival, former president Levon Ter-Petrosyan, won 21.5 percent.

Armenia's current President and Sarksyan's ally, Robert Kocharyan, ordered the army onto the streets of Yerevan and imposed emergency laws during riots on Saturday -- the worst civil violence since Armenia's independence from the Soviet Union in 1991.

"The situation in Yerevan is fully under control," General Seyran Ohanyan, the chief of Armenia's general military staff, told a news conference.

"If it's needed, we'll help police to guarantee public order."

Envoys from Europe, the United States and the Vatican have flown to Armenia since the state of emergency to talk to the government and opposition leaders who say the laws are an abuse of the authorities' powers.

"This is a terror which goes to a different level," Arman Musinyan, Ter-Petrosyan's spokesman said.

Also on Tuesday parliament discussed stripping four opposition members of parliament, accused of provoking violence, of their immunity from prosecution.