Armenia is ready to start dialogue with Turkey on improving relations if Ankara does not set preconditions to talks, Armenia's new prime minister said on Sunday. 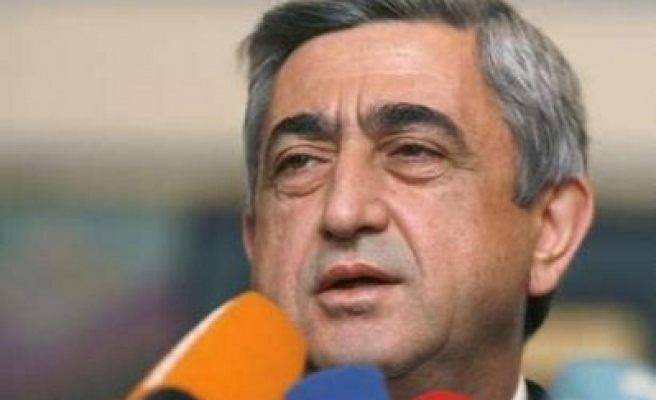 The two neighbours have no diplomatic links after Ankara severed ties in protest against Armenian occupaiton of the Nagorno-Karabakh region over which Armenia fought Turkey's ally Azerbaijan in a war in the early 1990s.

"I confirm the readiness of the government of Armenia to engage in constructive dialogue and establish relations without preconditions," the press office of the Armenian Prime Minister Tigran Sarksyan said he wrote in a letter to Turkey.

An Armenian backed occupaiton the Nagorno-Karabakh region. Armenia and Azerbaijan are still officially at war over the mountainous area.

Last week Turkey's foreign minister said he had sent Armenia a letter calling for dialogue. Armenia is a mainly Christian state of around 3 million which lies on the edge of the Caucasus which hosts a pipeline pumping oil to Europe from Asia.

"I assure you that our efforts will be aimed at ensuring peace, tolerance and stability in our region," Sarksyan told Turkey in the letter.

Sarksyan took over as prime minister earlier this month. He had previously been central bank chief.