Armenia should recognize Azerbaijan's separatist region of Nagorno-Karabakh as an independent state if Azerbaijan does not change its approach to peace talks, Armenia's president said on Thursday. 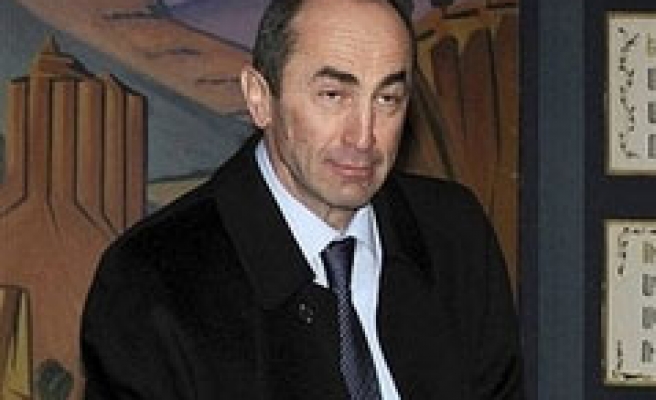 "If Azerbaijan continues in this same spirit, then our step should be to recognize the independence of Nagorno-Karabakh and sign agreements with it. In any event that is what I would do," President Robert Kocharian, who steps down next month, told a news conference.

Nagorno-Karabakh's ethnic Armenian population split from Azerbaijan in a war in the 1990s and now runs its own affairs, with support from Armenia. It has declared its independence from Azerbaijan but this has not been recognized by any state. Armenia reacted angrily after the United Nations General Assembly this month adopted an Azeri-drafted resolution demanding that Armenian forces withdraw from Azerbaijan's territory.