An Army officer who played a key role in the "enemy combatant" hearings at Guantanamo Bay says tribunal members relied on vague and incomplete intelligence while being pressured to rule against detainees, often without any specific evidence. 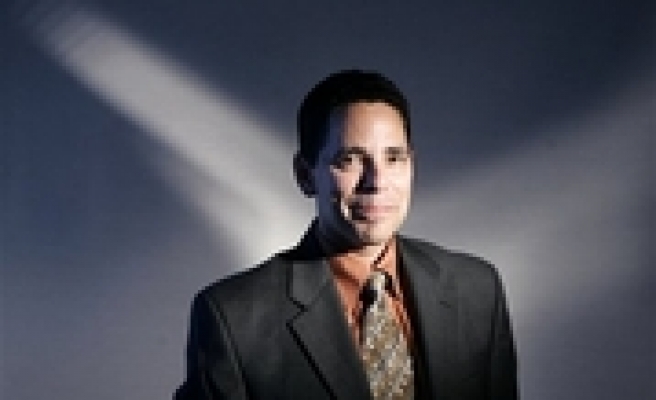 His affidavit, submitted to the U.S. Supreme Court and released Friday, is the first criticism by a member of the military panels that determine whether detainees will continue to be held.

Lt. Col. Stephen Abraham, a 26-year veteran of military intelligence who is an Army reserve officer and a California lawyer, said military prosecutors were provided with only "generic" material that didn't hold up to the most basic legal challenges.

Despite repeated requests, intelligence agencies arbitrarily refused to provide specific information that could have helped either side in the tribunals, according to Abraham, who said he served as a main liaison between the Combat Status Review Tribunals and the intelligence agencies.

"What were purported to be specific statements of fact lacked even the most fundamental earmarks of objectively credible evidence," Abraham said in the affidavit submitted on behalf of a Kuwaiti detainee, Fawzi al-Odah, who is challenging his classification as an "enemy combatant."

Abraham's affidavit "proves what we all suspected, which is that the CSRTs were a complete sham," said a lawyer for al-Odah, David Cynamon.

A Pentagon spokesman, Navy Lt. Cmdr. Chito Peppler, defended the process of determining which detainees should be held, saying the "procedures afford greater protection for wartime status determinations than any nation has ever before provided."

Abraham said he first raised his concerns when he was on active duty with the Defense Department agency in charge of the tribunal process from September 2004 to March 2005 and felt the issues were not adequately addressed. He said he decided his only recourse was to submit the affidavit.

"I pointed out nothing less than facts, facts that can and should be fixed," he told The Associated Press in a telephone interview from his office in Newport Beach, Calif.

The 46-year-old lawyer, who remains in the reserves, said he believe he had a responsibility to point out that officers "did not have the proper tools" to determine whether a detainee was in fact an enemy combatant.

"I take very seriously my responsibility, my duties as a citizen," he said.

Cynamon said he fears the officer's military future could be in jeopardy. "For him to do this was a courageous thing but it's probably an assurance of career suicide," he said.

Abraham said he had no intention of leaving the service. "I have no reason to doubt that the actions I have taken or will take uphold the finest traditions of the military," he said.

The military held Combatant Status Review Tribunals for 558 detainees at the U.S. Naval Base at Guantanamo Bay in 2004 and 2005, with handcuffed detainees appearing before panels made up of three officers. Detainees had a military "personal representative" instead of a defense attorney, and all but 38 were determined to be "enemy combatants."

Abraham was asked to serve on one of the panels, and he said its members felt strong pressure to find against the detainee, saying there was "intensive scrutiny" when they declared a prisoner not to be an enemy combatant. When his panel decided the detainee wasn't an "enemy combatant," they were ordered to reconvene to hear more evidence, he said.

Ultimately, his panel held its ground, and he was never asked to participate in another tribunal, he said.

Matthew J. MacLean, another al-Odah lawyer, said Abraham is the first member of the CSRT panels who has been identified, let alone been willing to criticize the tribunals in the public record. His affidavit was submitted to a Washington, D.C., appellate court on al-Odah's behalf as well as to the Supreme Court.

In April, the Supreme Court declined to review whether Guantanamo Bay detainees may go to federal court to challenge their indefinite confinement. Lawyers for the detainees have asked the justices to reconsider. The Bush administration opposes the request.