Around 50 people killed in Somalia attack

In one clash on Friday afternoon, about five people were killed than Ethiopian troops opened fire on civilians on a road out of Mogadishu and dozens of civilians died. 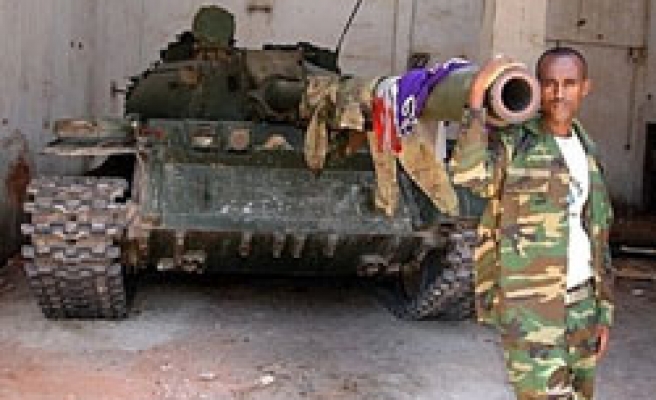 Almost 50 people were killed in Somalia after roadside bombs targeting allied Ethiopian and government troops went off and led to retaliatory attacks, residents said on Friday.

In one clash on Friday afternoon, Ethiopian troops opened fire on civilians on a road out of Mogadishu when an explosion occurred in the middle of their convoy.

"I heard a big explosion and a vehicle in an Ethiopian convoy exploded," said Abdirahman Adan, who lives alongside the road out of the capital to the southern town of Afgooye.

"Ethiopian soldiers in the convoy started to shoot indiscriminately. I ran away, but when I came back half an hour later, I saw 38 people had died and 16 injured."

Adan said some of the dead had been passengers on buses that travel the route.

Another local resident, Hawa Abdi, said a relative was wounded during the incident. She saw five people that had died from the attack and 20 others who were hurt.

"We wanted to reach Mogadishu's big hospital but we are unable to pass the streets because the road is closed," she said.

In a attack, about five people were killed when a roadside bomb exploded as government troops checked out a street ahead of a presidential motorcade.

President Abdullahi Yusuf, his estranged Prime Minister Nur Hassan Hussein and parliamentary speaker were heading for Addis Ababa in Ethiopia for talks over a growing rift between the two leaders. They later managed to leave the country, officials said.

The attacks came a day before a separate U.N.-brokered peace talks begun in neighbouring Djibouti.

The violence in Somalia has already claimed the lives of more than 8,000 civilians and driven 1 million from their homes since January 2007.