Levels of arsenic in rice formula for babies are worryingly high, according to an investigation published Wednesday into products widely sold in British stores. 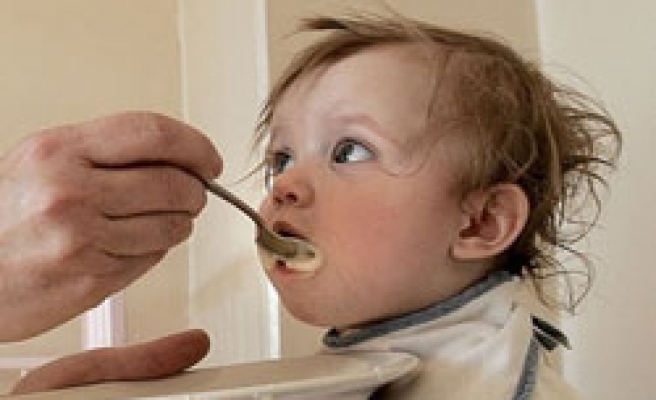 They said the results exposed a bad loophole in safety regulations in the European Union (EU) and the United States, too.

The arsenic they tested for was inorganic, meaning that it had no carbon content and thus most likely came from a geological source.

Arsenic occurs naturally in some soils and is a groundwater problem in numerous countries, notably Bangladesh. Rice plants, which are immersed in water, are especially susceptible to absorbing the arsenic as they grow.

The University of Aberdeen investigators in Scotland found arsenic levels ranging from 0.06 to 0.16 milligrams per kilo in the samples of baby rice, with an average of 11 mg/kilo per sample.

If a 9.25-kilo, or 20-pound baby -- roughly a one-year-old child in Britain -- consumed a 20g serving per day, it would ingest more arsenic than the daily maximum allowed under EU and US law, as calculated by body weight, the study said.

If a child ate more servings, the arsenic intake would rise accordingly.

In the case of the sample that had the highest arsenic level, three servings per day would amount to six times more than the maximum permitted under EU and US laws.

In addition, a child may eat other rice-based products in the form of crackers, biscuits, puffed cereals, pasta, noodles and puddings, and this could in theory drive up arsenic ingestion.

"From the results presented here it is apparent that inorganic arsenic levels in baby rice should be of concern," said the authors, led by biochemist Andrew Meharg.

The paper, which appears in the journal Environmental Pollution, says that EU and US regulations are badly outdated, as the calculation for safe ingestion of inorganic arsenic is based on levels in drinking water, not in food.

By comparison, more than a third of the samples tested would be illegal for sale in China, which has a food standard limit of 0.15 mg/kg for inorganic arsenic.

Another problem noted in the British samples was that the origin of the rice was unknown, leaving parents in the dark as to whether it came from a low-arsenic region or a high-arsenic one.

Rice is a favourite food for weaning babies up to one year of age, as it is bland, easily swallowed, has a low allergen risk and good nutritional value.

Parents who are worried about arsenic levels in rice can consider switching to oat, barley, maize and wheat and other grain crops as a carbohydrate substitute, the authors said.

The paper did not investigate whether the baby rice had caused any ill-health. Inorganic arsenic is a known carcinogen that is easily absorbed in the gut. However, scientific inquiry has dwelt mainly on its impact through drinking water, not food.

Ten of the 17 samples tested by the scientists were organically grown, meaning that no agricultural chemicals were used by the farmers. The samples chosen for test comprised purely rice, without other additions.