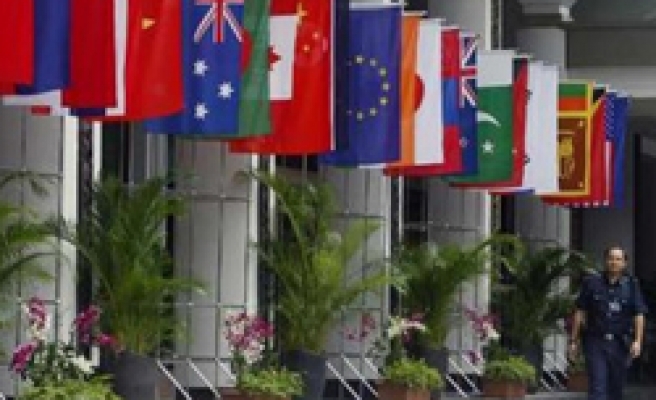 The Association of South East Asian Nations (ASEAN) has begun negotiations for the creation of a human rights body, documents seen by Reuters on Monday showed, hoping to conclude talks in Bangkok next July.

According to a draft joint communique to be issued on Tuesday, the foreign ministers of the 10 member-states said they "look forward to the first draft of the terms of reference of the ASEAN human rights body" by a task force created on Monday.

Last year, Southeast Asian leaders agreed in Singapore to set up a rules-based organisation after signing an ASEAN charter and a human rights body was among the key institutions they have agreed to establish.

In the communique, the ASEAN foreign ministers "reaffirmed the commitment by all member countries to ratify the ASEAN Charter by the 14th ASEAN summit in Bangkok" in December 2008.

Only Indonesia, the Philippines and Thailand have not approved the charter after Myanmar formally informed the bloc of its ratification this week.

"Our work starts today but the more substantive meeting will begin next month in Bangkok," said an official nominated to the high-level panel that will negotiate on the functions and powers of the proposed human rights body.

"It's going to be a tough negotiations. The details would give you the devil. The member-states remained deeply divided on the actual form and substance of the body."

Indonesia, Malaysia, the Philippines and Thailand wanted an independent and strong body that would not only protect and promote human rights, but would also compel members to make periodic reports on progress, the official said.

Cambodia, Laos, Myanmar and Vietnam wanted only an advisory body, while Singapore and Brunei preferred to define human rights in the context of ASEAN.

"In short, these countries wanted a watered down human rights body, where state interests prevail over the rights of individuals," the official said.

The task force was beginning its work on Monday and hoped to conclude negotiations by the next ASEAN ministerial meeting in Bangkok in a year's time, he said.

Last month, Singapore's Tommy Koh, head of the task force drafting an ASEAN charter calling for protection of human rights, said there was no consensus on the body having the power to monitor or investigate rights situation in its 10-member states.

"We do not want the ASEAN human rights body to be accusatory, a finger-pointing body," said Koh.