A new anti-viral drug to treat both bird and human flu, developed by U.S.-based BioCryst Pharmaceuticals, will be tested across Asia next month, the pharmacist involved in the trial in Hong Kong said on Monday. 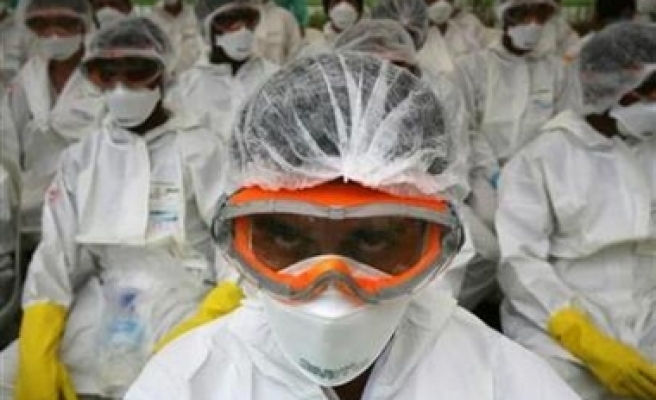 A new anti-viral drug to treat both bird and human flu, developed by U.S.-based BioCryst Pharmaceuticals, will be tested across Asia next month, the pharmacist involved in the trial in Hong Kong said on Monday.

In an earlier animal trial, the drug, peramivir, boosted the survival rates of mice and ferrets infected with the H5N1 bird flu virus. Some experts say it could be the next-line drug to fight all types of influenza, including H5N1.

The trial will involve people seeking treatment for seasonal influenza in Hong Kong, Singapore, New Zealand and Australia. Half of them will be given peramivir, and the other half a conventional, orally-administered flu drug.

Peramivir is a parenteral, or intravenous, anti-viral drug.

"They (BioCryst) will compare which (drug) is better, parenteral or oral, to see which one cures faster, which (type of administration) brings viral loads down faster," said William Chui of the University of Hong Kong's Clinical Trials Center.

Roche Holding AG's Tamiflu is considered the first line of defense against bird flu, although early treatment -- within 48 hours of the first signs of symptoms -- is pivotal.

A death rate of up to 60 percent has spurred the search for other drugs and vaccines to fight the H5N1 strain, which experts fear could cause a pandemic if it ever becomes easily transmittable among people.

"In a pandemic, having an oral treatment may not be enough because intravenous treatment is more efficacious," said Chui.

"Having the drug injected means it goes straight to the bloodstream ... so if you administer at the 48th hour, the body can still benefit, but an oral dose will take time to get into the blood. There will be a time lag," Chui explained.

"You have to be fast if you want to curb viral replication. Once after 48 hours, the viral load will be very high, and it will be very tough (to get rid of them)."

The development of peramivir may be an answer to experts who want to have several antivirals to choose from in fighting all types of flu because the viruses mutate quickly.

"We have seen resistance against Tamiflu in Japan where doctors dispense the drug (to fight seasonal human flu) very freely. It is time to find new treatments," Chui said.

Relenza, made by GlaxoSmithKline, is an inhaled drug regarded as capable of treating both bird and human flu. Last Mod: 14 Mayıs 2007, 15:55
Add Comment