Earlier on Sunday, Syrian FM al-Mouallem left a discussion when his Israeli counterpart Livni got up to deliver her address. 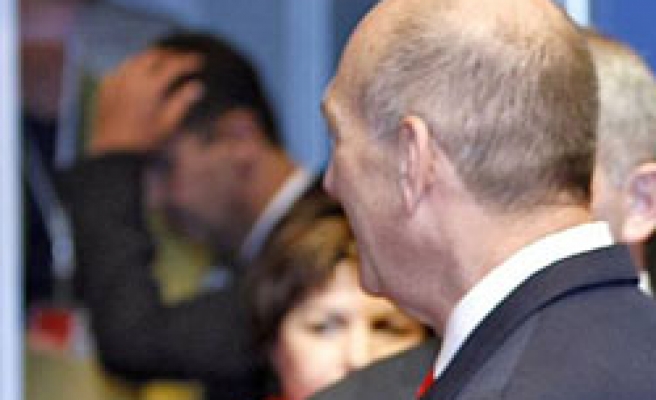 Israeli Prime Minister Ehud Olmert looked his way, but Syrian President Bashar al-Assad avoided any eye contact when the two leaders attended a summit that had stirred expectations of a first encounter.

The men were among more than 40 leaders gathered for an EU-Mediterranean summit and it was the first time they had ever been in the same room together.

Although Syria recently revived indirect negotiations with its long-time foe, Assad clearly considered it was too soon to shake hands, chat or even nod to Olmert.

As Olmert entered the main hall of the Paris Grand Palais, a Reuters photographer captured him casting glances toward the tall Syrian leader. But Assad turned away, raising one hand to his face as if to block off any eye contact with the Israeli.

The photograph sequence then shows Assad skirting the far wall, where interpreters sat in plexiglass booths, as Olmert turned to talk to another delegate.

A seating chart showed Olmert had been assigned a place almost directly opposite Assad for the round-table discussion.

Earlier on Sunday, Syrian Foreign Minister Walid al-Mouallem attended a discussion at which his Israeli counterpart, Tzipi Livni, was also present. He did not speak to her and left the room when she got up to deliver her address.