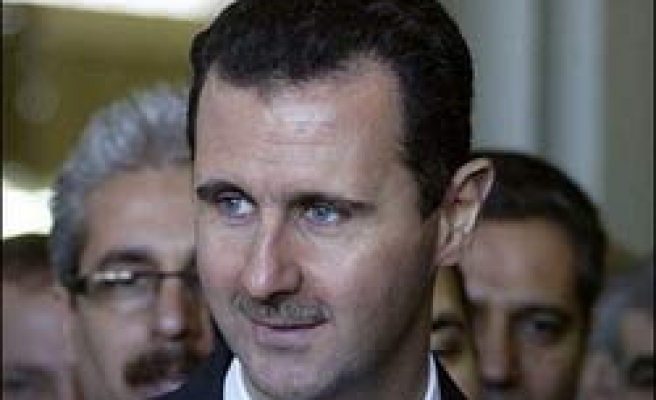 Syrian President Bashar al-Assad is set to begin a three-day visit to France on Saturday.

Assad will be welcomed at the Elysee palace for talks with President Nicolas Sarkozy before joining some 40 other foreign leaders for a Mediterranean summit on Sunday.

Assad will also hold a meeting in Paris on Saturday with new Lebanese President Michel Sleiman, their first since his breakthrough election in May ended Lebanon's worst political crisis since the 1975-1990 civil war.

But speculation of a historic meeting between Assad and Israeli Prime Minister Ehud Olmert has been quashed, even though the leaders will find themselves at the same table for the launch of the Union for the Mediterranean.

On Monday, the 42-year-old Syrian leader joins dozens of other leaders from Europe, the Middle East and north Africa to watch the annual Bastille Day military parade on the Champs Elysees during France's national celebrations.

"This visit is for me a historic visit: an opening up to France and to Europe," Assad said in an interview last week to Le Figaro newspaper.

While Assad will be applauding troops marching in the Bastille Day parade, Chirac will be conspicuous by his absence from the dais. Officials have denied the former president's decision to stay away was linked to Assad.

France's leftwing Foreign Minister Bernard Kouchner last month commented that he was "not particularly pleased" by Assad's presence at the July 14 national fete.

"My impression is that he is enthusiastic about these negotiations and wants France to play a direct role," Assad said in the newspaper interview.

"If he confirms it to me, I will immediately invite him to support directly this peace process."