President Bashar Assad said that last week's talks between Syria's foreign minister and Secretary of State Condoleezza Rice were not a "breakthrough," instead accusing the Bush administration of making Damascus a scapegoat for the failures inIraq. 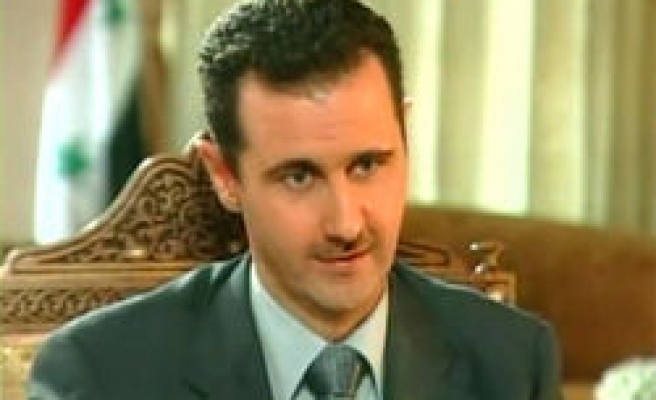 President Bashar Assad said Monday that last week's talks between Syria's foreign minister and Secretary of State Condoleezza Rice were not a "breakthrough," instead accusing the Bush administration of making Damascus a scapegoat for the failures in
Iraq.

Thursday's talks on Iraq's deteriorating security situation between Rice and Syrian Foreign Minister Walid Moallem were billed as a diplomatic turning point for the Bush administration, which has long refused to talk to Damascus.

But Assad would not go so far to say the talks were the end to poor ties between the two countries, saying it is difficult to make progress on Iraq's security when there are "bad political relations."

The Rice-Moallem talks — held on the sidelines of an international conference on Iraq's future at Egypt's Red Sea resort of Sharm el-Sheik — were the first Cabinet-level talks in years between the countries.

Rice has said the talks were limited to Iraqi security. Washington claims Syria looks the other way while fighters from many countries cross its border to join the ranks of al-Qaida and other insurgent groups in Iraq.

When asked Monday if Syria ever supported the insurgency in Iraq, Assad gave a one-word reply: "Never."

Assad accused Washington of blaming Syria because it wants to absolve its own responsibility in Iraq.

"They blame others. As I've said, they're always looking for scapegoats. They failed. There was a complete fiasco," he said.

The U.S. military in Baghdad recently said Syria has somewhat stemmed the flow of foreign fighters.

Assad said during the interview that Syria has increased the number of soldiers on its border with Iraq since the 2003 U.S.-led invasion because of the smuggling in both directions.

Rice's meeting with Moallem marked the first such high-level talks since the February 2005 assassination of former Lebanese Prime Minister Rafik Hariri. The U.S. withdrew its ambassador from Damascus in protest and has given a cold shoulder to the Syrian government since. Syria says it had anything to do with the killing.