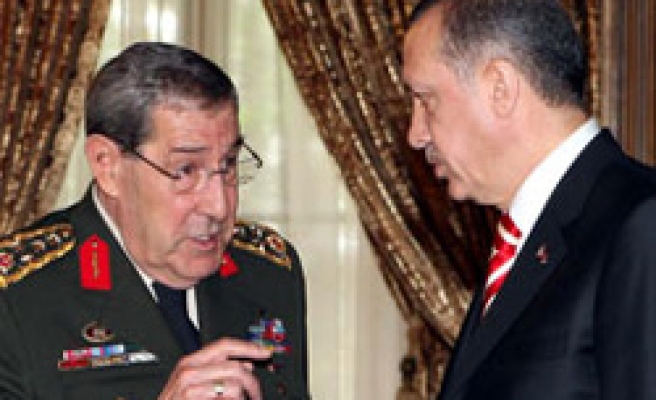 Ergenekon plotters targeted prominent figures for assassination, according to the indictment.

The suspects are accused of carrying out attacks during the last several years, including one in 2006 on Turkey's highest administrative court, killing a judge, and another against a Turkish newspaper.

The indictment said one of the plotters sent a text message to another about a conference that Pamuk, who spends much of his time abroad, planned to attend in Istanbul last year. "we will take him down afterward," the message said.

The indictment also said conspirators intended to target a major NATO facility in the Aegean coastal city of Izmir. As part of an effort to penetrate the base, they allegedly obtained scans of the identity cards of NATO personnel, including photos and signatures.

Detailed plans for an attack were drawn up, which called for the detonation of explosives and the simultaneous disabling of firefighting systems, the indictment said.

A Turkish court had agreed on Friday to hear a case against 86 people accused of plotting the violent overthrow of the government.

A criminal court in Istanbul set the date of the first hearing as October 20th, 2008.

The 86 defendants named in the indictment include the head of the İP, a small nationalist party, journalists, businessmen, academics, drug lords and retired army officers.

The defendants face charges including incitement to armed insurrection, aiding a terror group and possession of explosives.

A separate indictment is to be prepared for two senior retired generals who were found to be involved with Ergenekon.

An alleged criminal network that came to be known as "Ergenekon" was revealed after police seized hand grenades, TNT explosives and fuses in a shanty house in Istanbul on June 12th, 2007 and Istanbul Chief Prosecutor's Office launched an investigation into weapons. Last Mod: 26 Temmuz 2008, 14:00
Add Comment