Two U.S. astronauts planned to make the fourth spacewalk in a week on Sunday, as critical Russian computers which had failed last week in the international space station continued their recovery to normal operations. 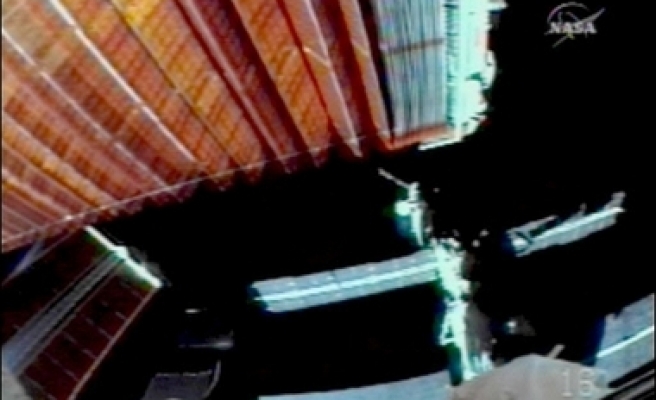 Two U.S. astronauts planned to make the fourth spacewalk in a week on Sunday, as critical Russian computers which had failed last week in the international space station continued their recovery to normal operations.

Four of the six computer processors were operating, while the remaining two were turned on and then flipped back off to be "in cold standby mode" so that they could be used if needed, said flight director Holly Ridings.

"We can report that things are still improving," Ridings said.

With the exception of an oxygen generator, all of the systems that were powered down when the computers failed were back running.

The final benchmark for deciding whether the computers work properly and whether space shuttle Atlantis needs to stay docked an extra day to continue offering help will be a test of the station's thrusters on Monday. Atlantis is set to undock on Tuesday.

"We'll make sure the computers are still talking to the thrusters and prove to ourselves that we've got everything we need in order to undock safely," Ridings said.

The top priority for the spacewalkers, Patrick Forrester and Steven Swanson, is to activate a rotating joint on the outpost's newest segment, allowing a new pair of solar wings to track the sun.

They also planned to install a camera, a debris shield and a computer network cable between the United States and Russian sides of the space station during the planned 6 1/2-hour spacewalk.

Atlantis was cleared Saturday to return to Earth later this week after engineers determined the space shuttle's heat shield could survive the intense heat of re-entry.

The shuttle's 11-day space station construction mission was extended to 13 days so a thermal-protection blanket could be fixed during a spacewalk.
NASA has been particularly sensitive about the space shuttles' heat shields since the Columbia accident killed seven astronauts in 2003. Atlantis is scheduled to land at Cape Canaveral, Fla., on Thursday.

For the international space station's newest crew member, his first week aboard the orbiting outpost was anything but routine.

The failure of computers that control the space station's ability to orient itself and produce oxygen had brought up the possibility that new crew member Clayton Anderson and his Russian counterparts, Fyodor Yurchikhin and Oleg Kotov, might be forced to abandon their orbiting home.

But Yurchikhin and Kotov, after long hours and several sleepless nights last week, got four of six processors on two computers working again on Friday. They got the remaining two on line Saturday.

"I think I'm hanging in there. It kind of reminds me of one of my first swimming lessons when I just got tossed in the water and they told me to kind of survive," Anderson said of his first week in space. "We're going to get through all this, just like NASA always does." Last Mod: 17 Haziran 2007, 18:37
Add Comment