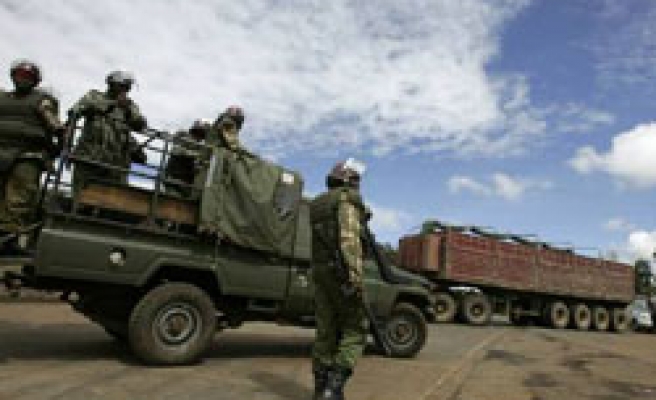 At least 12 people were killed in Kenya's arid north when police fought cattle rustlers believed to have crossed the border from Ethiopia, a police official said on Saturday.

"The raiders were pursued to recover the stolen livestock. Ten of them were killed," said the police official, who declined to be named.

"The number could rise because some of them were injured with gunshot wounds," he said.

He added that two herders had also been killed in the clashes a few hundred kms from the northern town of Marsabit.

Cattle rustling is common in pastoral communities living in the sparsely populated north and northeastern parts of Kenya, which has hostile terrain that is difficult for security personnel to patrol.

Local politicians have long complained that the remote region has been neglected by successive governments since independence from Britain in 1963.

Competition for scarce resources such as water and pasture land has fuelled the attacks.