France has one of its largest overseas military bases in Djibouti as the United States also has a military base there. 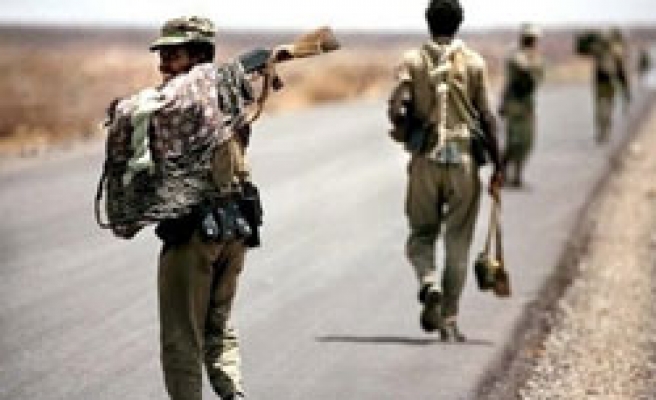 The African Union has sent a team to investigate fighting this month between Djibouti and Eritrea close to strategic Red Sea shipping lanes, the top AU diplomat said on Friday.

Addressing African Union foreign ministers meeting in Egypt, the chairman of the AU Commission, Jean Ping, said he was concerned by the hostilities.

"I have sent a fact-finding mission to Djibouti that is also mandated to go to Eritrea as well," Ping said. "I hope both parties will do everything to find a happy solution to this situation."

The U.N. Security Council has also called for a U.N. fact-finding mission to visit both countries.

France has one of its largest overseas military bases in Djibouti. The United States also has a military base there.

Last week, Djibouti said the situation on the border had calmed, but that French warships would arrive off its coast soon. Paris signed a mutual defence pact with Djibouti after the Red Sea state's independence in 1977.