Very few Australians know that amid the trees and farmland near the town is a large satellite ground station that will soon welcome the US as a new tenant. 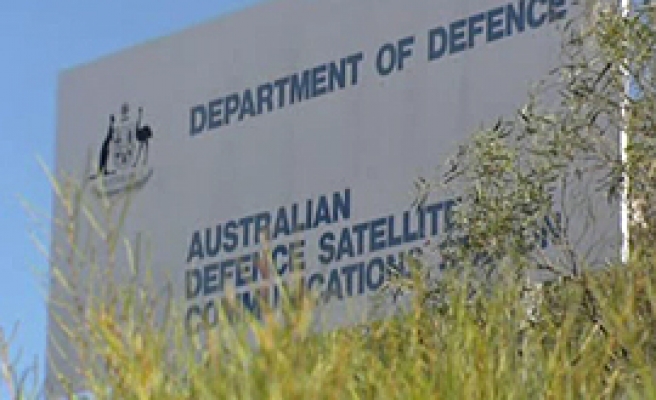 The sleepy town of Geraldton in Western Australia is best known for its busy fishing port that also exports natural resources to Asia.

But very few Australians know that amid the trees and farmland near the town is a large satellite ground station that will soon welcome the US as a new tenant.

Philip Dorling is a former diplomat, foreign affairs adviser and expert on joint defence facilities between the US and Australia, the biggest of which is at Pine Gap in the middle of Australia where a series of large white spheres conceals a large satellite dish pulling in crucial intelligence.

Dorling says: "The Geraldton facility will be the station that controls that satellite or satellites over the Indian Ocean to provide coverage for the US military over the Middle East and Indian Ocean region."

A critical difference between Pine Gap and Geraldton is the location. The site at Geraldton is nearly 2000km west of Pine Gap which makes it nearly 2,000km closer to the Middle East.

Troops on the ground in Iraq and Afghanistan will be the main beneficiaries of the new unmanned satellite station.

In a first for any military in the world the high quality imagery and intelligence gathered by facilities such as Pine Gap will be sent via Geraldton to soldiers in the frontline. The information can be received with basic satellite phone.

"The United States having invested billions of dollars in this field is light years ahead of virtually all other military's round the globe except perhaps for some of the Americans' closest allies. Certainly far ahead of countries like China and Russia," Dorling says.

Dorling says China is trying to close that gap with controversial anti-satellite weapons, some of which were tested earlier this year.

"That's the sort of thing where they trying to find an alternative way to level the playing field if they could get a system that could attack the American satellite infrastructure," he says.

As far as Geraldton however, the mayor knows very little about his town's role in this space race.

Ian Carpenter says: "We didn’t get any consultation at all, but in some respects I probably wouldn't have expected that. It is probably a matter of national security out there."

The Australian government has always been secretive about its joint defence facilities with the US.

The people of Geraldton have been told there will be an upgrade at their satellite ground station, but have no idea of its exact purpose.

Brendan Nelson, Australia's defence minister, refused to be interviewed by Al Jazeera but a spokesperson said: "We will be fully conscious of the purposes and function of the system, aware of its uses and should we wish, use it for our own purposes."

But the automated nature of the Geraldton facilities means Australia will now be more deeply involved in US military conflicts, whether they commit troops or not.