Two Australian journalists were Monday convicted and fined for refusing to name a source in a landmark case which has alarmed the country’s media. 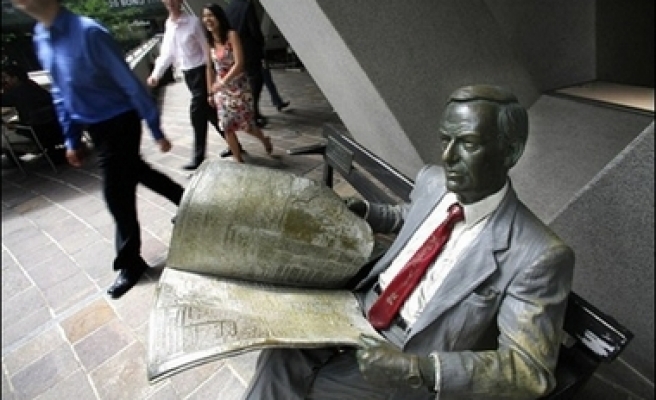 Two Australian journalists were Monday convicted and fined for refusing to name a source in a landmark case which has alarmed the country’s media.

Herald-Sun newspaper reporters Michael Harvey and Gerard McManus had pleaded guilty to contempt of court for refusing to name the source of a damaging expose of a government plan to cut benefits to war veterans.

The story’s publication in 2004 prompted a backbench revolt and the decision to refuse a proposed 500-million-dollar (424,080 US) increase in veterans’ entitlements was later overturned.

The Victorian County Court stopped short of jailing Harvey and McManus but they were fined 7,000 dollars (5,940 US) each over their refusal to give evidence at a hearing for an official accused of the leak.

The journalists’ union—the Media, Arts and Entertainment Alliance—had protested the case, saying Harvey and McManus were caught up in a government campaign to terrorise whistleblowers.

“It is central to a democracy that journalists are able to report matters without revealing their sources, otherwise all you get is officially authorised press releases from the government,” the alliance’s Chris Warren told The Australian.

The case had also attracted the attention of federal Attorney-General Philip Ruddock who called on the Victorian court to take into account recent federal legislation which is designed to protect reporters who refuse to name sources.

Under the law, which Ruddock has urged the states to adopt, federal judges have the power to excuse journalists from revealing confidential informants.

But in his decision, chief judge Michael Rozenes said the legislation did not cover Victoria and the journalists’ professional ethics did not place them above the law.

McManus said despite the convictions, both he and Harvey still believed journalists should not reveal their sources.

“We believed and we still believe that to protect sources is paramount in doing our jobs,” he told the Australian Broadcasting Corporation. Last Mod: 25 Haziran 2007, 13:49
Add Comment