Prime Minister John Howard was heckled Sunday as he admitted some of Australia's Aborigines were still living on the fringes of society 40 years after a landmark vote recognising them as full citizens. 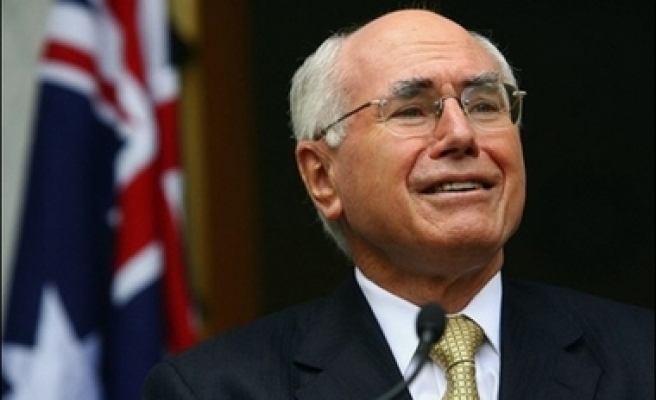 Prime Minister John Howard was heckled Sunday as he admitted some of Australia's Aborigines were still living on the fringes of society 40 years after a landmark vote recognising them as full citizens.

At the end of a speech at a ceremony in Canberra, an indigenous woman stood and shouted at him: "We have been genocided (sic) by your government and your court."

The outburst was greeted with loud applause by the audience of 400 people, but Howard made no comment.

Earlier, he acknowledged that many Aborigines lived in grinding poverty and were still marginalised from mainstream society.

"The right of an Aboriginal Australian to live on remote communal land and to speak an indigenous language is no right at all if it is accompanied by grinding poverty, overcrowding, poor health, community violence and alienation from mainstream Australian society," he said.

Howard said that too many of the hopes of those who campaigned for the 1967 referendum were still unrealised.

But he warned the cycle of disadvantage would only be broken if Aboriginal communities worked with the government to better their lives. "This vision can only be realised within a culture of shared responsibility."

The historic referendum in 1967 was to include Aborigines and Torres Strait Islanders in the census.

Backed by more than 90 percent support of Australians, it meant Aborigines would no longer be counted among flora and fauna like kangaroos and koalas.

It also gave the government powers to legislate on indigenous issues in the hope that the lives of Aboriginal Australians could be improved.

Aborigines, who lived a nomadic existence until European colonists arrived in the late 18th century, make up about 2.3 percent of Australia's 20 million people.

However, 40 years on, Aborigines are the most disadvantaged group in the country, often living in remote areas with limited access to health care, and have a life expectancy 17 years lower than other Australians.

Indigenous infant mortality and coronary heart disease rates are three times higher than for non-indigenous Australians, and Aborigines are over-represented in jails, making up 25 percent of the prison population.

In some areas, their living standards have actually gone backward since the referendum, Indigenous Affairs Minister Mal Brough said.

"In remote communities, commonly known as the long grass, in other words the fringes of town, there has been, I believe, not just no progress but in some cases we've gone backwards," Brough said.

Indigenous leader and land rights campaigner Galurrwuy Yunupingu, a former Australian of the Year, said he would not celebrate the anniversary.

He said Aborigines should have been "left as the indigenous of Australia" and "given our own sovereignty."

Fred Chaney, a former Aboriginal affairs minister who is now working for a non-government organisation, said governments had failed in the area of life expectancy.

"It overlays a whole lot of other social statistics, in education, in employment, health and so on all of which need attention, but life expectancy is a reminder that we're doing worse than the United States, worse than Canada and worse than New Zealand," he said.