Australia will embrace the next generation of nuclear power plants and ease restrictions on uranium mining under a long-term plan to address climate change, Prime Minister John Howard said. 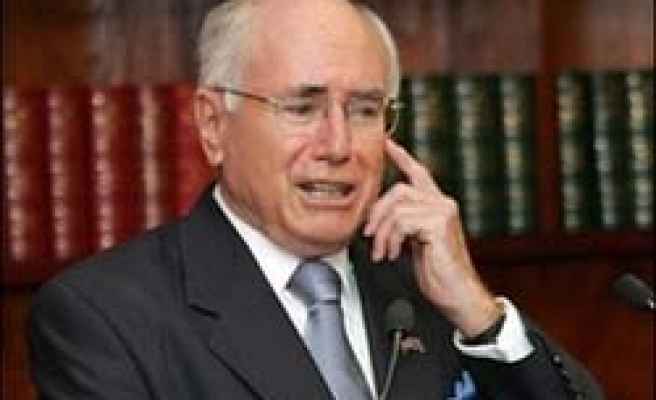 Australia will embrace the next generation of nuclear power plants and ease restrictions on uranium mining under a long-term plan to address climate change, Prime Minister John Howard said Saturday.

Howard said Australia could not afford to ignore the nuclear option if it was serious about meeting the challenge of climate change.

Howard said it was a "stark reality" that only fossil and nuclear fuels were capable of firing the power plants required to meet Australia's needs, unlike renewable energy sources such as wind and solar power.

He said Australia, which has abundant reserves of both coal and uranium, had to examine how to incorporate nuclear power into its long-term energy plans.

"Inevitably part of the solution must be to admit, in years to come, nuclear power into this country," Howard told a Liberal Party conference in Victoria state.

"That's why I'm announcing today a strategy for the future development of uranium mining and nuclear power in Australia.

"I believe it to be our responsibility, if we are serious about tackling the problems of climate change, to embrace and promote clean coal technology, to put the nuclear option on the table."

Australia currently has only one nuclear reactor, which is used to produce isotopes for medical research.

Howard said Australia needed to start planning its nuclear future immediately, including participating in development of the fourth generation of nuclear reactors, which are not expected to be ready until 2030.

"We need to take some immediate action to remove unnecessary constraints impeding the expansion of uranium mining and to make a firm commitment Australia's participation in the generation four advanced nuclear reactor research programme," he said.

Howard, whose conservative government will seek a fifth term later this year, has frequently expressed scepticism about global warming but recently softened his view as opinion polls show widespread public concern on the issue.

His enthusiastic championing of nuclear energy contrasts with the centre-left opposition Labor Party's cautious approach to the issue as the election looms.