Australia’s plan to crack down on Aboriginal child sex abuse sparked fears among some Aborigines on Tuesday of a return to the “Stolen Generation”, when their children were taken from them under old assimilation policies. 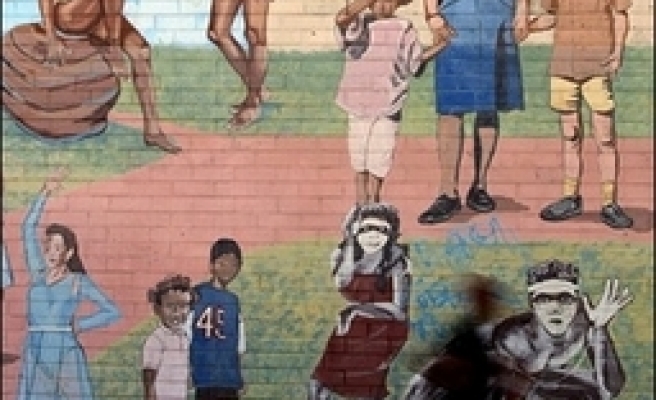 Australia’s plan to crack down on Aboriginal child sex abuse sparked fears among some Aborigines on Tuesday of a return to the “Stolen Generation”, when their children were taken from them under old assimilation policies.

Declaring abuse of Aboriginal children a national emergency, Prime Minister John Howard has said extra police and troops will be sent to black communities in the Northern Territory, alcohol will be banned and Aboriginal children will have health checks.

But the policy has caused concern around the central Australian town of Alice Springs and nearby Uluru, formerly known as Ayers Rock, where Aborigines have reportedly fled into the bush because of fears about forced medical examinations.

“I fear there will be another case of Stolen Generation children because they will be taken away from their mothers and fathers and aunties and uncles,” Aborigine Barbara Swan from the Tangangera Council in Alice Springs told Australian television.

The Stolen Generation refers to the forced removal of Aboriginal children from remote communities so they could be brought up in white homes. The failed assimilation policy ran for decades until the late 1960s.

“We won’t have any right to look after our kids if they have a medical examination and are taken away from us,” said Vanessa Donovan from the Tangangera Council.

The national government’s intervention came after a new report found Aboriginal child sexual abuse was widespread in the outback Northern Territory, with a “river of grog” or alcohol blamed for destroying Aboriginal society.

Australia’s 460,000 Aborigines make up about 2 percent of the country’s 20 million population. They are consistently the nation’s most disadvantaged group, with far higher rates of unemployment, alcohol and drug abuse and domestic violence.

The government plans to send extra police to more than 60 Aboriginal communities. The first will be deployed to the Mutitjulu lands near Uluru where Aborigines have struggled against petrol sniffing, alcohol abuse and juvenile prostitution.

The Mutitjulu community said the government plans had sparked fear about the police and concerns over compulsory health checks.

Mutitjulu resident Mario Giuseppe said several families had fled to live in nearby sandhills because they feared their children would be taken away.

“They’re scaring the living daylights out of the kids and women. They think that the army’s coming to grab their kids and the police are coming to help them take them away,” he said.

Indigenous Affairs Minister Mal Brough claimed there was no need for Aboriginal people to be concerned.

“The reality is that when police come into a community people generally warm to them because they’re there to help them and that’s no different on this occasion,” he told Australian radio.

Aboriginal leaders and welfare agencies plan to gather in Canberra on Tuesday and hand the prime minister an open letter protesting at his plan and asking him to consult Aborigines to develop a long-term strategy to end their disadvantage.
Last Mod: 26 Haziran 2007, 12:38
Add Comment