Investigators had not yet discovered the bodies of pro wrestler Chris Benoit, his wife and their 7-year-old son when someone altered Benoit's Wikipedia entry to mention his wife's death, authorities said. 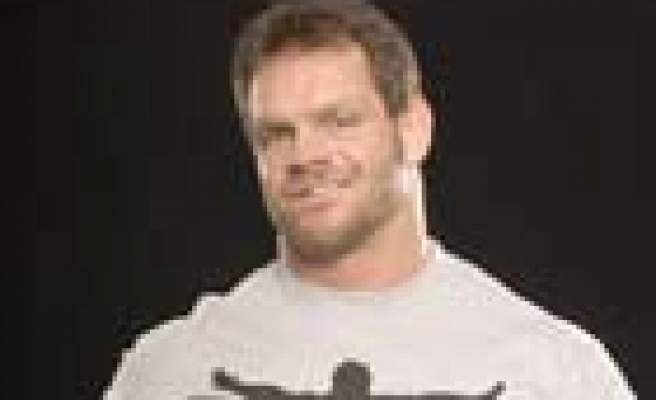 Authorities said  they are trying to determine who altered the entry on the collaborative reference site 14 hours before authorities discovered the bodies of the couple and their son.

Benoit's Wikipedia entry was altered early Monday to say the wrestler had missed a match two days earlier because of his wife's death.

A Wikipedia official, Cary Bass, said the entry was made by someone using an Internet protocol address registered in Stamford, Conn., where World Wrestling Entertainment is based.

An IP address, a unique series of numbers carried by every machine connected to the Internet, does not necessarily have to be broadcast from where it is registered. The bodies were found in Benoit's home in suburban Atlanta, and it's not known where the posting was sent from, Bass said.

Benoit strangled his wife and son during the weekend, placing Bibles next to their bodies, before hanging himself on the cable of a weight-machine in his home, authorities said. No motive was offered for the killings, which were discovered Monday.

Also Thursday, federal drug agents said they had raided the west Georgia office of a doctor who prescribed testosterone to Benoit.

The raid at Dr. Phil Astin's office in Carrollton began Wednesday night and concluded early Thursday, said agent Chuvalo Truesdell, a spokesman for the Drug Enforcement Administration. No arrests were made.

Hours before the raid, Astin told The Associated Press he had treated Benoit for low testosterone levels, which he said likely originated from previous steroid use.

Among other things, investigators were looking for Benoit's medical records to see whether he had been prescribed steroids and, if so, whether that prescription was appropriate, according to a law enforcement official speaking on condition of anonymity because records in the case remain sealed.

Astin prescribed testosterone for Benoit, a longtime friend, in the past but would not say what, if any, medications he prescribed when Benoit visited his office on June 22.

State medical records show that Astin's privileges were suspended for three months in 2001 at a Georgia hospital for "reasons related to competence or character."

Astin did not return calls to his cell phone from the AP on Thursday.

Anabolic steroids were found in Benoit's home, leading officials to wonder whether the drugs played a role in the killings. Some experts believe steroids cause paranoia, depression and violent outbursts known as "roid rage."

Fayette County District Attorney Scott Ballard said in a statement Thursday that he could not immediately comment on the raid.

Benoit's page on Wikipedia, a reference site that allows users to add and edit information, was updated at 12:01 a.m. Monday, about 14 hours before authorities say the bodies were found. The reason he missed a match Saturday night was "stemming from the death of his wife Nancy," it said.

Reporters informed the Fayette County district attorney's office of the posting Thursday, and the agency forwarded the information to sheriff's investigators, who are looking into it, a legal assistant said in an e-mail to the AP.

WWE attorney Jerry McDevitt said that to his knowledge, no one at the WWE knew Nancy Benoit was dead before her body was found Monday afternoon. Text messages released by officials show that messages from Chris Benoit's cell phone were being sent to co-workers a few hours after the Wikipedia posting.

WWE employees are given WWE e-mail addresses, McDevitt said, though he did not know whether Chris Benoit had one.

"I have no idea who posted this," McDevitt said. "It's at least possible Chris may have sent some other text message to someone that we're unaware of. We don't know if he did. The phone is in the possession of authorities."

On Thursday afternoon, the Wikipedia page about Benoit carried a note stating that editing by unregistered or newly registered users was disabled until July 8 because of vandalism.