According to the text of a central bank letter to local banks, the recommendation also applied to another payment services company, MoneyGram. 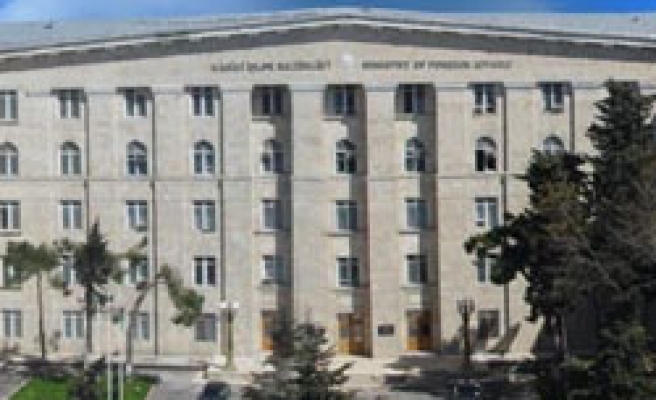 Azerbaijan's central bank has called on local banks to halt operations with the world's top payment transfer company, Western Union, because it works in the breakaway Nagorno-Karabakh area.

According to the text of a central bank letter to local banks, the text of which was seen by Reuters, the recommendation also applied to another payment services company, MoneyGram.

"All 42 banks who are members of the Azerbaijan Banks Association (ABA) support the central bank's decision as it is based on the national interests of Azerbaijan," ABA head Eldar Ismailov told Reuters.

Karabakh, an Armenian-populated region of Azerbaijan, broke away after a war soon after the Soviet Union collapsed in 1991 and is backed by Armenia. Azerbaijan views its return as a priority.

"Despite all requests from Azerbaijan, Western Union and MoneyGram have continued to do money transfers in occupied Azeri territories," the central bank letter said.

"The central bank has recommended to banks working in Azerbaijan that they stop using these systems for money transfers," it added.

The news came as foreign ministers from Armenia and Azerbaijan met in Moscow on Friday to seek a peace deal on the conflict in Nagorno-Karabakh.

A ceasefire was agreed in 1994, but Nagorno-Karabakh and a vast surrounding area are under separatist control.

Western Union and MoneyGram have no offices in Azerbaijan but their transfer systems have been operational there since 1990s.

A representative of the International Bank of Azerbaijan told Reuters that the country's banking system won't suffer big losses as a result of halting operations with Western Union and MoneyGram.

"I think the losses that Western Union and MoneyGram will suffer from not having operations in Azerbaijan will force them to reconsider the situation in favour of Azerbaijan," the representative said.

Western Union and MoneyGram could not be immediately reached for comment.