B vitamins fail to curb risks in heart patients

Reducing levels of the amino acid homocysteine with folic acid and B vitamins failed to prevent serious complications in patients with heart disease. 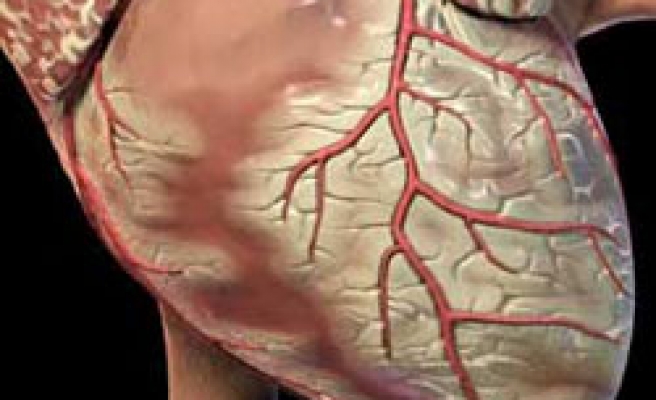 Reducing levels of the amino acid homocysteine with folic acid and B vitamins failed to prevent serious complications in patients with heart disease, Norwegian researchers said on Tuesday.

The study was the latest of several large trials to show that lowering homocysteine through vitamin therapy offered no benefit to people with heart disease.

Other research had found a link between high concentrations of homocysteine in the blood and heart attacks and strokes.

But the researchers said the failure of their study and others like it suggests that homocysteine may be a marker for heart risks, and not a cause.

"Our findings do not support the use of B vitamins as secondary prevention in patients with coronary artery disease," Dr. Marta Ebbing of Haukeland University Hospital in Bergen, Norway, and colleagues wrote in the Journal of the American Medical Association.

Ebbing's team studied 3,096 patients with coronary artery disease in two Norwegian hospitals between 1999 and 2006 who were having procedures to remove blood clots that were blocking the flow of blood to the heart.

They divided patients into four groups, testing different combinations of B6 and B12 vitamins with or without folic acid. The vitamins were given in addition to other treatments.

Patients were scheduled for follow-up visits with an interview, clinical examination and blood sampling at one month, one year, and at a final study visit.

The study was stopped early because preliminary results from a similar study in Norway found no benefits from the therapy and an increased risk of cancer associated with B vitamins.

Based on the data they collected, Ebbing and colleagues found no sign that a combination of folic acid plus vitamin B12 or B6 helped reduce the risk of death or major heart events, such as heart attacks or strokes.

They did find a trend toward fewer strokes and a higher risk of cancer in groups receiving folic acid, but they said the numbers were not statistically significant.