Professor Halaçoğlu, who had served as the president of the Turkish Historical Society since 1993, was removed from office by a Cabinet decision that went into effect earlier this week. 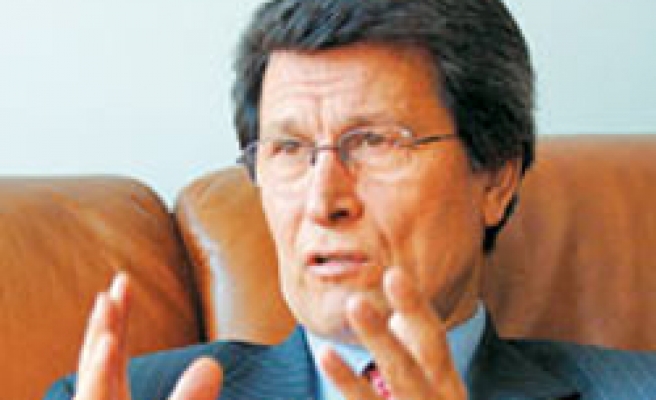 The removal from office of a controversial historian known as a hard-liner in debates on Armenian allegations of "genocide" was not connected to recent efforts to normalize relations between Turkey and Armenia, Foreign Minister Ali Babacan has said.

Professor Yusuf Halaçoğlu, who had served as the president of the Turkish Historical Society (TTK) since 1993, was removed from office by a Cabinet decision that went into effect earlier this week. The Gazi University professor is a strong denier of Armenian 1915 allegations.

In conferences and panel discussions organized by the TTK, Halaçoğlu had asserted that claims of genocide were entirely false and that the TTK was in possession of thousands of pages of archived documents that could refute allegations that Armenians faced genocide in 1915.

"I believe it is completely wrong to think there is a link between Halaçoğlu and this situation," Babacan said at a press conference for Turkish journalists in New York on Thursday, referring to the recent thaw in ties between Turkey and Armenia. "We are trying to create an atmosphere of dialogue with Armenia and looking forward to the normalization of ties. There are many factors that affect decisions to appoint officials in institutions. Linking these two things together is wrong," he added.

Turkey recognized Armenia after it gained independence from the now-defunct Soviet Union in the early 1990s, but soon closed its border and severed diplomatic ties with the landlocked country in protest against the Armenian occupation of Nagorno-Karabakh in Azerbaijan. The two countries are also at odds over the Armenian claims and Armenia's refusal to formally recognize its border with Turkey. Ankara says normalization of relations with Armenia depends on achieving some resolution on all three issues.

The atmosphere thawed after the election of Serzh Sarksyan as president of Armenia. President Abdullah Gül sent a message to congratulate Sarksyan, who later responded by calling for dialogue with Turkey. He also invited Gül to a World Cup qualifying match between the soccer teams of the two countries in September. Turkish officials have yet to reply, saying the president is considering the invitation. Babacan confirmed last week that there had been talks between Turkish and Armenian diplomats in Switzerland, although Turkish officials stressed that this did not indicate a change in policy.

The foreign minister noted that Turkey has allowed flights between Turkish and Armenian cities and that tens of thousands of Armenians are working at jobs in Turkey, but added that Armenia should also reciprocate. "The other side should also act," he said, suggesting that Armenia should take steps to solve its problems with Azerbaijan. "We cannot ignore problems between Armenia and Azerbaijan," he stressed.

Turkey has proposed the establishment of a joint commission of historians to establish whether the events of the World War I era amounted to genocide as Armenians claim. But Yerevan has so far been cool to the offer. Babacan, who is in New York to drum up support for Turkey's bid for a two-year seat on the UN Security Council, said Armenia's representative at the UN was invited to a reception hosted by the Turkish UN representative earlier this week for representatives of all countries at the UN. "The Armenian envoy came because we invited him. Armenia is recognized by Turkey," Babacan added.