Speaking in Sharm el Sheikh city, Babacan stressed that Africa was a continent with diverse cultures and languages. 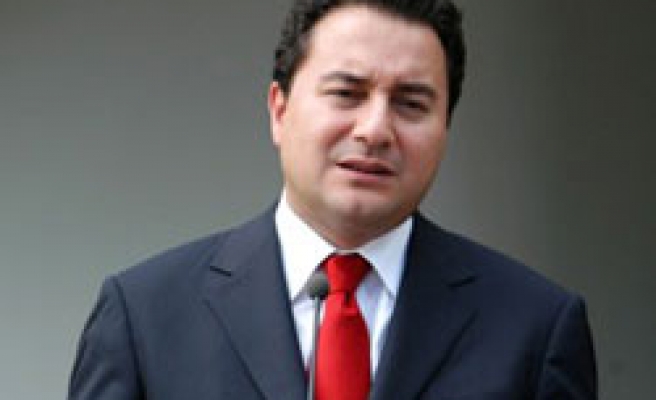 Speaking in Egypt's Sharm el Sheikh city where he is attending a meeting of the African Union, Babacan stressed that Africa was a continent with diverse cultures, languages, ethnic formations, a population of about one billion people and rich natural resources.

"Turkey approaches Africa with an understanding of partnership. We wish to establish relations with Africa based on a win-win model," Babacan said.

'TURKEY BECAME A STRATEGİC PARTNER AFTER CHINA, INDIA AND JAPAN'

"Turkey's political and economic reforms are being discussed deeply in Africa. As I mention Turkey's economic reforms, African ministers display a positive attitude towards Turkey. Turkey's foreign trade volume is almost equal to the total trade volume of the African continent," Babacan said.

Babacan said that he invited the leaders of many countries to the Turkish-African summit that would take place in August in Turkey.

"Turkey will host such a summit for the first time. The summit is a result of Turkey's becoming a strategic partner of Africa. Turkey's visibility in Africa is on the rise. The Turkish International Cooperation Agency (TIKA) has already opened three representations in Africa. There are many projects underway in Africa in which Turkey is involved in," Babacan said.

Babacan stressed that one of the most frequent topics that came up in discussions was the Turkish national football team's recent success in the EURO 2008.

"All of the ministers in Sharm el Sheikh talk about the excellent matches our football team played at the EURO 2008. In an interesting fashion, the ministers I have talked to stated that they supported Turkey during the matches," Babacan noted.

Asked by a journalist about how Iraq views Turkey's fight against the terrorist organization PKK, Babacan said that "a high level strategic dialogue mechanism is being established with Iraq which will be co-chaired by the prime ministers of Turkey and Iraq."

"3 or 4 ministers from each side will be part of the dialogue mechanism. The mechanism will help our commercial, political and energy related relations. The solution of problems in Iraq is dependent on the participation of all groups in the political mechanism of Iraq. We, as Turkey, are working to contribute to this process by holding meetings with all groups. Iraq's territorial integrity and political union carry high importance," Babacan also said.

Ali Babacan will depart from Egypt later on Saturday evening.