A number of mixed neighbourhoods in Baghdad and other cities saw cleansing of Sunni Arabs or Shi'ites during the height of Iraq's sectarian conflict in 2006 and 2007. 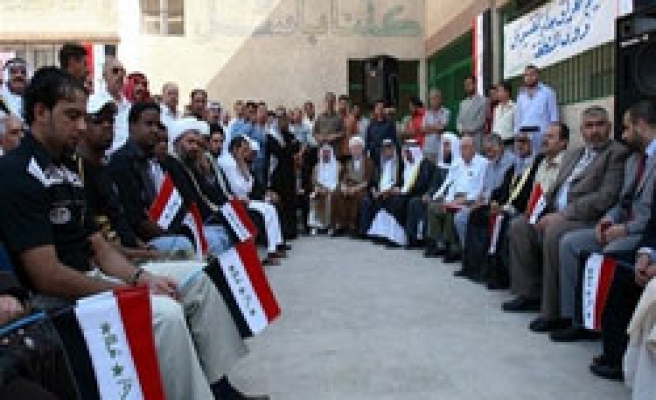 Iraqi security forces will announce a deadline next month for squatters to get out or be evicted from homes of people forced to flee sectarian violence in Baghdad, a military spokesman said on Sunday.

Major-General Qassim Moussawi, spokesman for the Iraqi military in Baghdad, said kicking out squatters to allow refugees to return was vital to restoring security in the capital.

A number of mixed neighbourhoods in Baghdad and other cities saw cleansing of Sunni Arabs or Shi'ites during the height of Iraq's sectarian conflict in 2006 and 2007.

Officials say a sharp drop in violence has encouraged some refugees to return home -- only to find their homes occupied.

"Next month, God willing, we will announce a final deadline to clear out the occupants (in Baghdad), otherwise the security forces will raid those occupied houses and evacuate them at once," Moussawi told a news conference in Baghdad.

The International Organisation for Migration (IOM) this month said improved security had drawn tens of thousands of displaced Iraqis back to their homes in Baghdad. Other provinces are seeing returnees, but far fewer, the IOM said.

"The return of all displaced families is essential to the Baghdad security plan," Moussawi said.

UNHCR said this month that as many as 70 percent of would-be returnees to Iraq had been unable to resettle in their own homes for various reasons, including a lack of services.

Some homes have been occupied, while others were destroyed, aid workers say.

Prime Minister Nuri al-Maliki announced at a donor conference in Sweden last month that the Iraqi government would spend $195 million on helping refugees to resettle.