Bahrain, home to the US Fifth Fleet, on Thursday signed a security agreement with NATO at a conference on cooperation between the Western alliance and Gulf Arab states. 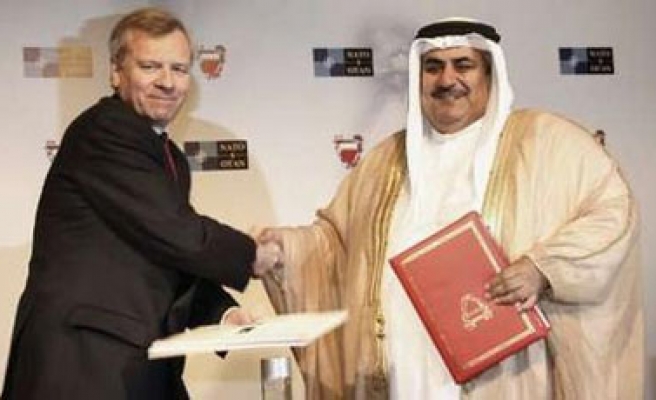 "The agreement regulates the exchange of security information between Bahrain and NATO... Such information is important to both sides to resolve or avert security problems or even disasters," such as "a radioactive leak from a nuclear station in the region," Sheikh Abdul Aziz said.

Bahrain and three other Gulf Arab states -- Kuwait, Qatar and the United Arab Emirates -- have joined the Istanbul Cooperation Initiative (ICI) since its launch at a NATO summit in Istanbul in 2004.

In his remarks to the meeting, De Hoop Scheffer urged Saudi Arabia and Oman to join their four Gulf Cooperation Council partners in joining the ICI.

The ICI focuses on practical security cooperation between states throughout the broader Middle East, with special emphasis on the energy-rich Gulf nations.

Through the accord, NATO offers practical cooperation in areas such as counterterrorism, border security, participation in NATO exercises and countering weapons of mass destruction.