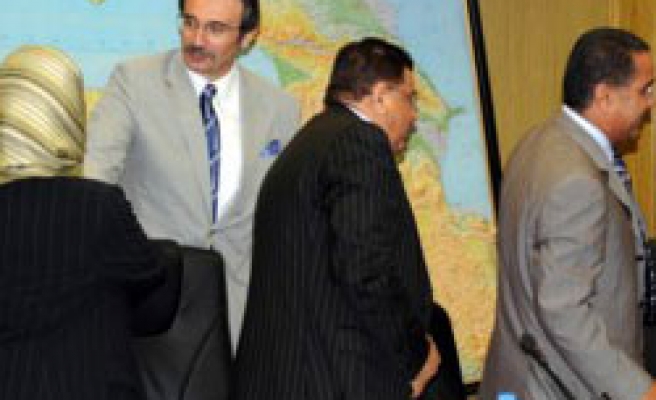 Speaking at the meeting Bahrain was willing to build some 40 thousand housing units, adding that Turkish contractors including Turkey's housing authority, might want to claim a share in the project.

"Bahrain has a 30-billion USD construction market and of this, share of the Turkish companies is just 141 million USD, which is very low," Tuzmen said.

Tuzmen said trade volume between Turkey and Bahrain increased by 150 percent over 2007 to reach 200 million USD, estimating the figure would climb as high as 1 billion USD in two years time.

Al-Fakhru said on his part that his country was running many construction projects, which presented a major opportunity for Turkish contractors.

"We need structural equipment to use in these projects and we are willing to procure them from our sister country Turkey," Fakhru said.