After the meeting, Babacan and Bakoyannis held a joint news conference. 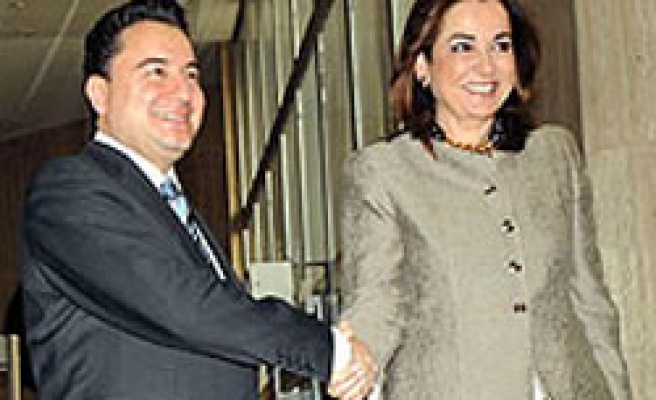 Greek Foreign Minister Dora Bakoyannis said on Saturday the following period could be "an important opportunity window" in regard to the Cyprus issue and July 8th Agreement could lead the Cyprus issue to a new solution phase.

Bakoyannis, who is paying a visit to Turkish capital of Ankara, had a meeting with Turkish FM Ali Babacan.

After the meeting, Babacan and Bakoyannis held a joint news conference.

"We think that July 8th Agreement can lead the issue to a new solution phase. It means that UN Security Council's resolutions will be implemented as well as Cyprus will approach a fair and lasting solution," she stated.

The matters regarding the Aegean have been discussed within the scope of the exploratory talks, he stated.

Babacan said matters on minorities were also discussed and both sides have a political will aimed at reaching solutions.

President of the Turkish Republic of Northern Cyprus (TRNC) Mehmet Ali Talat and former Greek Cypriot leader Tassos Papadopoulos had a meeting in buffer zone in Lefkosa under chairmanship of Ibrahim Gambari, UN's former undersecretary general for political affairs, on July 8th, 2006. Gambari led efforts for a memorandum of understanding on July 8th that paved the way for the creation of technical committees in Cyprus and working groups in order to discuss issues that affect the lives of Turkish Cypriots and Greek Cypriots on a day-to-day basis.