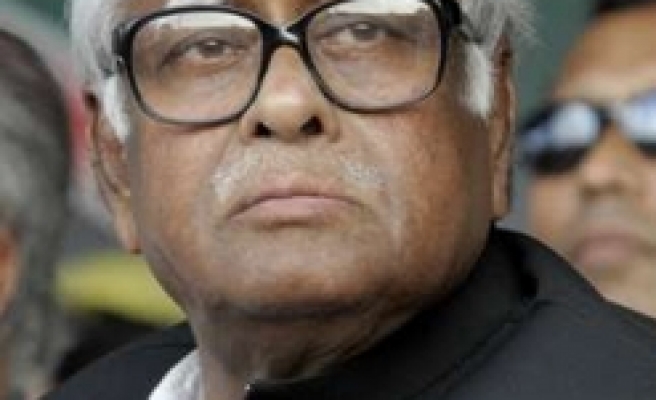 Other high-profile figures who were arrested included Abdul Awal Mintoo -- a BNP-linked top businessman who headed the Federation of Bangladesh Chambers of Commerce and Industry twice -- and the mayor of Barisal, Mojibur Rahman Sarwar, police said.

Sarwar, a front-ranking leader of the BNP and former member of parliament, has been widely accused of corruption and abuse of power as the mayor of southern Bangladesh's biggest city.

The mayor of the northeastern city of Sylhet, Badruddin Ahmed Kamran, was also taken into custody just two weeks after being freed on bail in a corruption case, police said.

Kamran is also the city's leader of the Awami League, one of the country's two main political parties.

The arrests were part of a series of raids at the residences of top politicians, including at least five former BNP ministers, local CSB television reported. None of the five were arrested.

The government, which came to power in January after the president imposed a state of emergency and cancelled polls, has vowed to clean up politics before elections are held in late 2008.

"The government has targeted politicians, not corruption. Otherwise, it would not have arrested clean politicians like Jalil," she said.

More than 60 top politicians including the elder son of former prime minister and BNP leader Khaleda Zia have been arrested since February.