The credit from the International Development Association, the World Bank's soft lending arm, has 40 years to maturity, including a 10-year grace period; and carries annual service charge of 0.75 percent. 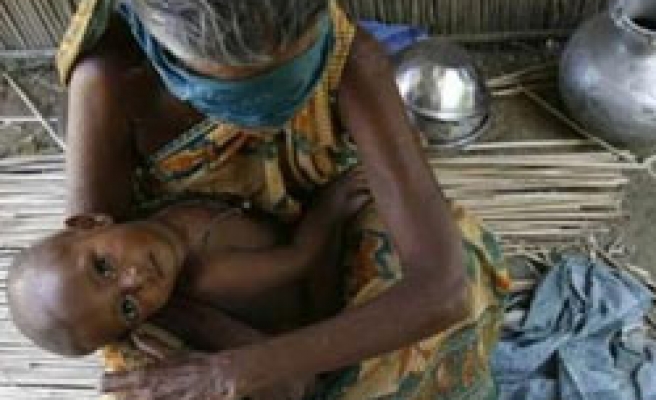 A graft panel allowing corrupt Bangladeshi politicians and businessmen a chance to confess their wrongdoings to escape jail got down to work on Thursday, officials said.

The government, which last year launched a sweeping anti-corruption drive that has netted scores of top officials, created the panel to ease a massive backlog of graft cases.

The panel, called the Truth and Accountability Commission, will run till the end of the year.

Officials said politicians and businessmen who give details of their fraudulent deals would not be tried for those crimes. But they would have to give up any wealth acquired through those deals.

People admitting their guilt before the commission would also be barred for five years from contesting any elections, officials said.

"The truth commission is a good effort by the interim government to address the issue of corruption in a soft way but not many people are likely to respond. They may consider it a trap," said a senior govt official, who requested anonymity.

The army-backed interim government is due to hand over power to an elected government after parliamentary polls planned for December.

The government, headed by former central bank chief Fakhruddin Ahmed, took over in January 2007 following deadly political violence. It cancelled elections, imposed a state of emergency and launched a crackdown on corruption by politicians and businessmen.

More than 170 political figures including two former prime ministers have been detained in the anti-graft campaign to face charges in special courts.

The courts have already sentenced dozens of former ministers, lawmakers and their family members to between five and 20 years in jail under special anti-corruption laws.

Bangladesh will get a $50 million loan from the World Bank to help poor families affected by last year's deadly cyclone, the bank said on Thursday.

The $50 million in additional financing for the Social Investment Program Project (SIPP) would support rehabilitation of the cyclone affected families, a World Bank statement said.

SIPP, which has already benefitted over 1,000 villages across Bangladesh, was identified as the best instrument for quickly channeling funds to restore livelihoods in cyclone hit areas.

More than 3,300 people were killed in the worst cyclone since 1991, which made millions homeless and destroyed about 2 million tonnes of rice, the country's staple food. A group of donors, led by the World Bank, have assessed that the impoverished country will need $4 billion to fully rehabilitate the economy after the cyclone, officials said.

The credit from the International Development Association, the World Bank's soft lending arm, has 40 years to maturity, including a 10-year grace period; and carries annual service charge of 0.75 percent.