Some 8,500 chickens have been culled in Bangladesh following the spread of bird flu in the country, an official said Wednesday. 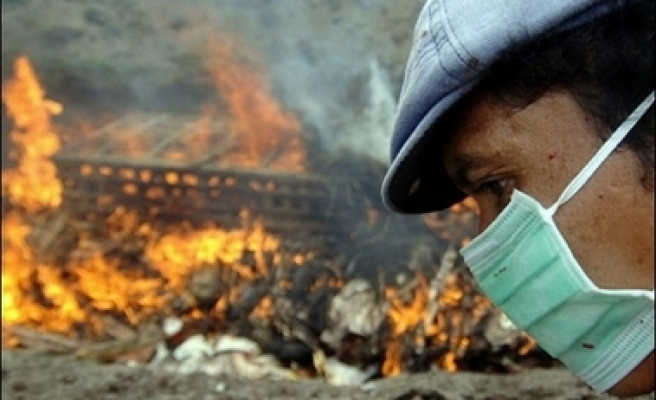 Some 8,500 chickens have been culled in Bangladesh following the spread of bird flu in the country, an official said Wednesday.

"We have culled 8,500 chickens in a one-square-kilometre area. It (the virus) was first identified at a government-run farm and then in three nearby farms," a government livestock official, speaking on condition of anonymity, told AFP.

Samples from other farms in the southwestern district of Jessore, where the outbreak occurred, had also been taken for analysis, he said.

The cull took the total number of birds killed so far in Bangladesh to more than 70,000.

Officials said last month that around 66,000 birds at 22 farms had been destroyed after the disease spread in other parts of the country, including to the north.

The disease was first identified in Bangladesh in late March, after samples from a farm near the capital, Dhaka, tested positive for the deadly H5N1 strain of bird flu.

So far there has been no report of any human infection in the impoverished south Asian nation.

But the H5N1 strain has killed at least 172 people since late 2003, most of them in southeast Asia, according to the World Health Organisation.

Must human infections have occurred after contact with sick birds, but scientists fear the virus could mutate into a form easily spread among humans, leading to a global pandemic with the potential to kill millions.

Bangladesh is home to hundreds of thousands of poultry farms employing more than a million people.

It had already banned imports of live birds from more than 50 countries, including neighbouring India and Myanmar, after outbreaks were detected there. Last Mod: 02 Mayıs 2007, 17:38
Add Comment