Bangladeshi ex-PM Khaleda Zia's Bangladesh Nationalist Party said that "We are dismayed over what looks like an unnecessary and deliberate delay in setting her free." 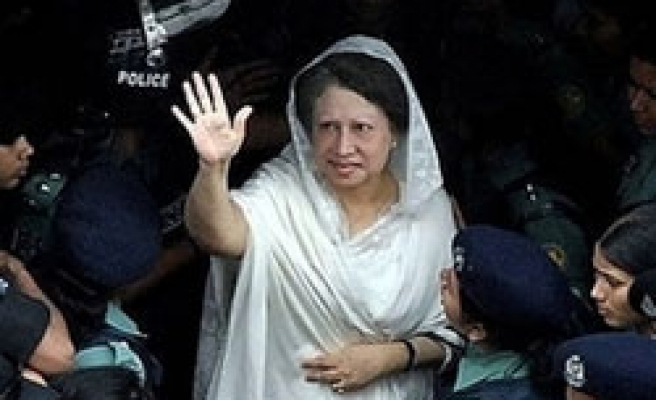 The release of detained former Bangladesh prime minister Begum Khaleda Zia, said by the military-backed interim government to be imminent, is being delayed for unexplained reasons, her party said on Tuesday.

"We are dismayed over what looks like an unnecessary and deliberate delay in setting her free," said Nazrul Islam Khan, a senior leader of Khaleda's Bangladesh Nationalist Party (BNP).

Khaleda has been held since last year facing trial on corruption charges.

Her colleagues prepared to meet her at the gate of a special jail in the grounds of the Bangladesh parliament in Dhaka on Tuesday, two days after government advisers Hossain Zillur Rahman and retired Major-General Golam Quader said she was about to be unconditionally released.

Zillur told reporters on Tuesday that several matters needed to be arranged before her release but gave no more details.

Nazrul said authorities had not told his party what was holding up her release or when the problems would be resolved, suggesting that the government was attempting to make last-minute deals before she is freed.

The BNP, which ruled Bangladesh for two five-year terms since 1991, has been virtually split since Khaleda was arrested last September. The interim government took over in January 2007.

Another former prime minister, Sheikh Hasina of the Awami League, was also detained in June 2007 during the interim government's anti-corruption drive, but was paroled a year later so she could travel to the United States for medical treatment.

The government says it is also ready to parole Khaleda, apparently to persuade the BNP to participate in a national election in December. The Awami League has already hinted it will take part in the polls.

"The government has no alternative to releasing Khaleda Zia in order to get her cooperation in holding a credible and acceptable election," Nazrul said.