If convicted and jailed for two years or more, ex-PMs Hasina and Khaleda will be barred from contesting the vote, election officials said. 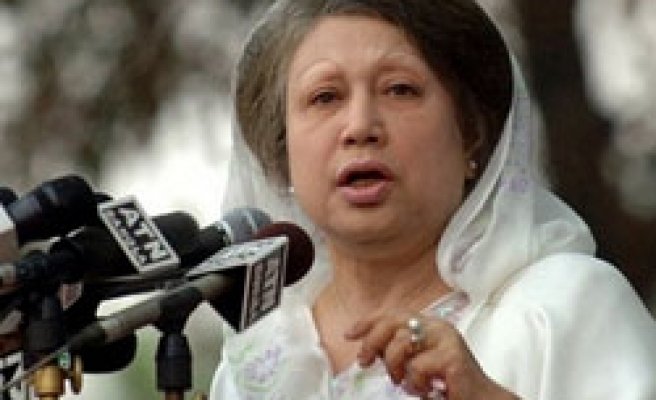 The release of detained former Bangladesh prime minister Begum Khaleda Zia is expected soon, and probably without any conditions attached, top officials in the army-backed interim government said on the weekend.

"She is going to be freed soon, unconditionally," retired major-general Golam Quader told reporters. He holds an "adviser" rank equivalent to a ministerial post in the interim authority.

"The matter of her freedom is at the final stage," another adviser, Hossain Zillur Rahman, said late on Saturday.

A release would end months of back-door negotiations between Khaleda, detained since last year and facing trial over corruption charges, and the government, as it tries to set the stage for a free and credible parliamentary election in December, officials said.

Analysts and diplomats say the election would not be credible and acceptable without participation by Khaleda's Bangladesh Nationalist Party (BNP) and the Awami League of another former prime minister, Sheikh Hasina.

Hasina was also arrested after the interim authority took charge in January 2007 following deadly political violence, but was paroled in June this year for medical treatment in the United States.

But both the BNP and Awami League want an immediate end to emergency rules imposed early last year, when the interim government cancelled a general election and launched a crackdown on corruption.

Hasina and Khaleda are key contenders for power in the coming polls. However, if convicted and jailed for two years or more, they will be barred from contesting the vote, election officials said.