Over the past few days more than 1,000 Bangladeshis have been deported from Kuwait, officials at Dhaka airport told reporters, with hundreds more facing a similar fate. 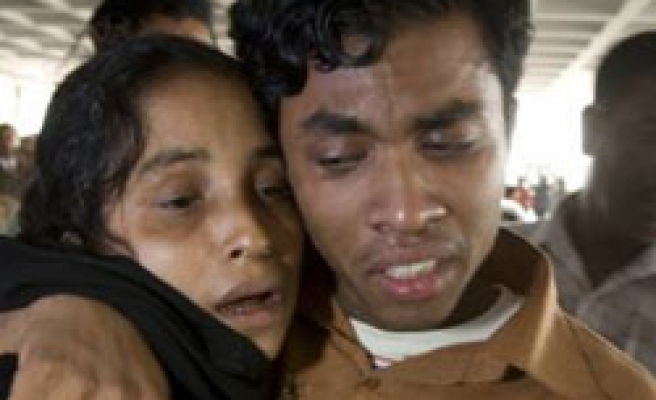 Nearly 170 Bangladesh workers returned home from Kuwait on Friday, complaining they had been beaten and expelled after taking part in a rare labour protest in the Gulf state.

Over the past few days more than 1,000 Bangladeshis have been deported from Kuwait, officials at Dhaka airport told reporters, with hundreds more facing a similar fate.

Another batch of nearly 250 Bangladeshis flew back to Dhaka from Saudi Arabia on Friday saying they also had been summarily expelled.

The protests turned violent when some workers overturned cars and ransacked offices, but ended on Monday after the government said it would look into their grievances.

The strike in the major oil exporting Gulf Arab state came against a backdrop of soaring inflation and high prices, with workers complaining they couldn't survive on their salaries once labour agents took their cut or unscrupulous employers deducted housing, medical and meal costs.

A string of strikes has sparked calls by parliament deputies to improve conditions for expatriates, who make up two thirds of Kuwait's 3.2 million population.

Some Bangladeshis returning on Friday said they had been beaten and kept in appalling conditions after being accused of taking part in the protests.

"The army beat us mercilessly while breaking up the protest and also in detention camps," said Mohammad Ilyas, 28, who started work in Kuwait three years ago after selling everything he owned and borrowing from relatives to afford the agent fees. "Now I am a wretched person. My dream is over, he said."

Over 5 million Bangladeshis work abroad, mostly in Saudi Arabia and other Middle eastern countries, sending home around $8 billion a year and providing a vital foreign exchange boost to Bangladesh's economy.

The majority make far more than they could ever earn at home, but thousands are swindled by agents and employers and end up working for years merely to pay off the fees that got them abroad in the first place.