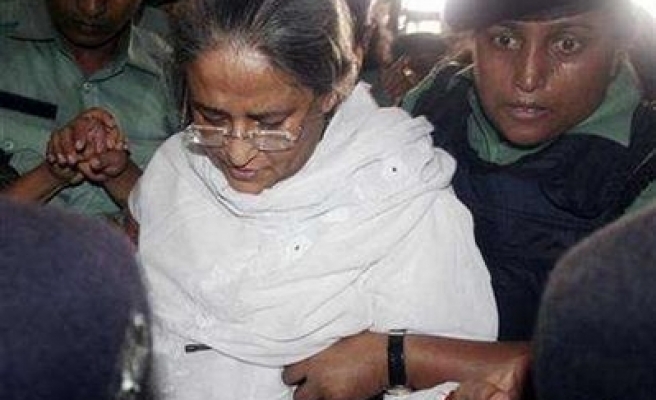 Bangladesh's former prime minister Sheikh Hasina collapsed while standing in the dock in a district court Thursday and was immediately rushed to hospital for emergency medical treatment, officials and witnesses said.

Judge Feroze Alam postponed the proceedings of the high profile case of corruption against Hasina saying the hearings would resume next week.

Hasina was arrested in July last year after a statement of wealth submitted by her to the Anti-Corruption Commission allegedly hid several posh flats and bank accounts of illegal deposits in her name.

Prison authorities said the former premier was in good health and was physically capable of attending the court proceedings.

But the chief of the opposition Awami League claimed that she was being forced to stand in the dock despite her reported poor health condition, a charge denied by the prison officials.

Hasina, who was prime minister between 1996 and 2001, was facing charges of extortion levelled against her by prominent business houses.