Most of the protesters were factory workers protesting high food prices and demanding wage increases. 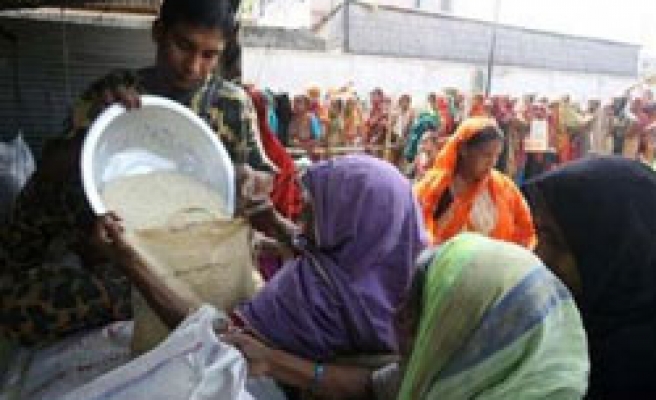 Stone throwing workers rioted for more than two hours before being dispersed by police using teargas and baton charges. The injured included at least 20 policemen at Fatullah 12 km (8 miles) east of Dhaka.

"The situation is under control and security has been tightened to head off further violence," a police officer.

Most of the protesters were factory workers protesting high food prices and demanding wage increases. They were joined by members of public.

"Authorities must enhance our wages, because the rising food prices have made our life miserable," a protest leader said.

Retail prices of wheat, edible oil and pulses have doubled over the last 12 months.