Merkel's SPD wants to stick to a plan it introduced to phase-out Germany's 17 nuclear reactors by 2021. 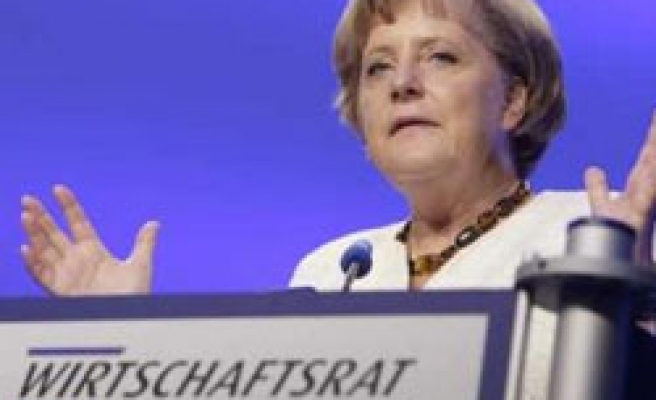 The head of the European Union's executive played up the merits of nuclear energy in a German newspaper interview on Sunday, stirring a debate in Berlin about how Germany should source its energy.

"We know that nuclear energy is a delicate issue in Germany," Barroso told Bild am Sonntag newspaper.

"On the other hand, more and more countries see in nuclear energy an -- at least temporary -- solution to stop climate change and to reduce our dependency on oil and gas," he added.

Barroso said he was not telling Germany how its should structure its energy mix but his comments topped television news broadcasts and spurred a debate already running in Berlin about how the country should source its energy.

Chancellor Angela Merkel's conservatives and their Social Democrat (SPD) coalition partners are locked in disagreement on the issue, which the rising price of oil and climate change have made all the more contentious.

The SPD wants to stick to a plan it introduced to phase-out Germany's 17 nuclear reactors by 2021. Merkel's conservatives argue the economy needs cheap power for longer.

Technology Minister Annette Schavan, a conservative, called for the phase-out deal to be abandoned and raised the question of building new nuclear power stations.

"We need to exit the exit resolution," she told Bild am Sonntag. "We urgently need the life-span extension -- as a contribution to global climate protection and for a lasting energy supply."

"In Germany today, the issue is not about building new nuclear power plants but who can say whether that will still apply in 10 years?" Schavan asked.

The energy industry is also growing frustrated at the government's tougher environmental demands and the refusal to extend the life of nuclear plants.

"That is irresponsible, so long as the question of the disposal of highly radioactive waste is not solved," Struck told Sunday's edition of Der Tagesspiegel newspaper.

Transport and Construction Minister Wolfgang Tiefensee, a Social Democrat, favoured increasing Germany's use of wind power. He told the Welt am Sonntag newspaper he had finalised plans to build 30 offshore wind parks.