It has been revealed that retired Gen. Edip Ba?er, Turkey's special envoy for countering the outlawed Kurdistan Workers' Party (PKK), offered a one-month deadline for the US to take action against PKK bases in northern Iraq. 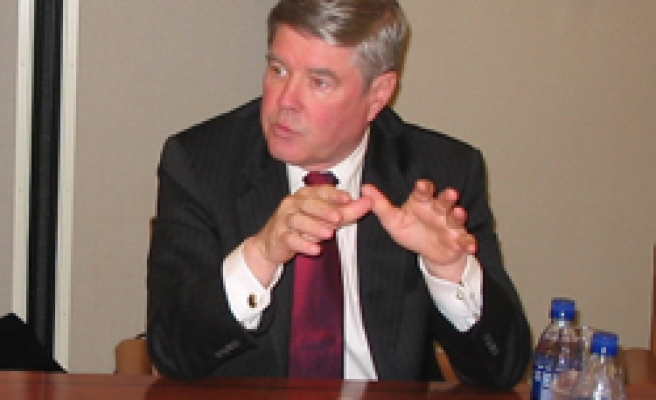 Ba?er's own explanation -- admitting that during last month's talks in Washington he offered a deadline, after which Turkey would stage a cross-border operation into neighboring Iraq -- came in the form of a column in The Washington Post on Wednesday.

"[Ba?er's US counterpart retired Gen. Joseph] Ralston is said to have warned top administration officials in December that the Turks might invade by the end of April unless the United States contained the PKK. Other knowledgeable officials are similarly worried, and one analyst has predicted that the Turks may seize a border strip about eight miles deep into Iraq," the column penned by David Ignatius suggested.

Admission of the deadline also came from the man himself. Speaking with the NTV news station on Wednesday, Ba?er first of all made clear that his strongly worded remarks on the PKK issue with US officials came during his most recent visit to Washington late last month. "I didn't specify an exact date such as 'the end of April'; however I offered a deadline [with] a one month expiry date, which falls at the end of April," Ba?er told NTV.

He added that -- during his talks with Ralston as well as with Chairman of the Joint Chiefs of Staff Gen. Peter Pace, President George W. Bush's National Security Adviser Stephen Hadley and Undersecretary of State for Political Affairs Nicholas Burns -- he had explained Turkey's patience with US inaction against the PKK presence in northern Iraq was close to being exhausted. Asked whether the deadline offered was a consequence of an institutional decision made for the launch of a military incursion into northern Iraq, which Turkey says is a safe haven for PKK members, Ba?er noted that all of his remarks were based on his personal viewpoint. But of course his views were nourished by views of separate institutions, particularly the Office of the Chief of General Staff, and the chief of general staff himself, Ba?er added.