Spain's Supreme Court barred hundreds of Basque candidates from running in regional elections later this month because of links to an outlawed party closely tied to armed group ETA. 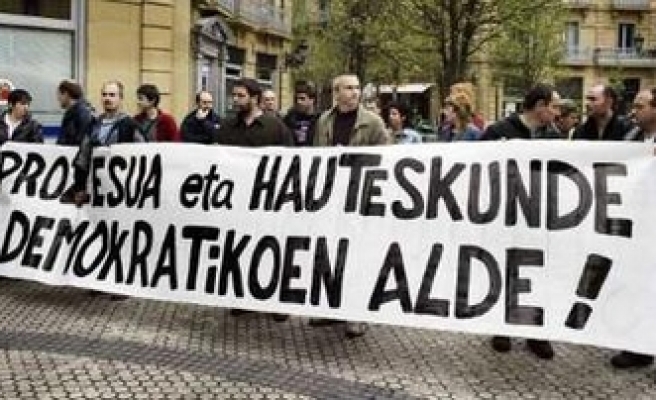 Spain's Supreme Court barred hundreds of Basque candidates from running in regional elections later this month because of links to an outlawed party closely tied to armed group ETA.

There was no immediate comment from Basque on the ruling Sunday. But ETA issued a statement last month warning the government against barring its supporters from competing in the May 27 elections.

The group said it would take such a move "very much into account." Many saw ETA's statement as a veiled threat of renewed violence.

On Thursday, the government asked the courts to rule on hundreds of Basque candidates, calling for those who had links with ETA to be banned from running.

The Supreme Court unanimously decided Sunday to bar hundreds of candidates running for local office in the northern Basque region because of suspected links to Batasuna, an outlawed party considered the political wing of ETA.

Basque separatist parties are suspected to have re-formed and changed their names to avoid ties to Batasuna or ETA and enable their candidates to run in local elections.

The court decision was bound to anger Basque who have insisted their members should be allowed to run for local office as an essential condition for keeping alive a peace process that began with the "permanent cease-fire" ETA declared in March 2006.
Last Mod: 07 Mayıs 2007, 14:32
Add Comment