Deniz Baykal, Chairman of the Republican People's party (CHP) said that it was not politically correct for a parliament that is about to be renewed, to attempt to change the essence of the constitution. 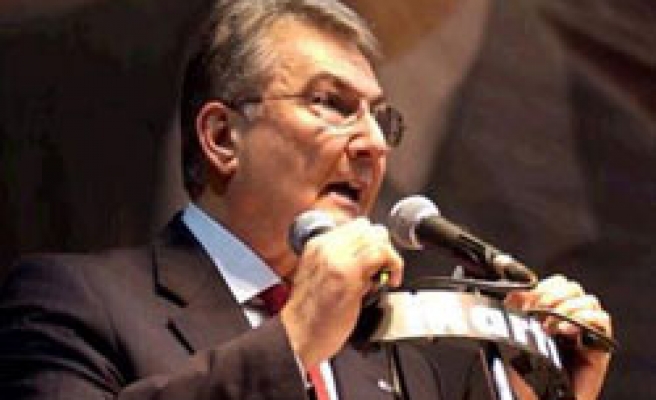 Deniz Baykal, Chairman of the Republican People's party (CHP) said on Monday that it was not politically correct for a parliament that is about to be renewed, to attempt to change the essence of the constitution.

Baykal spoke at the group meeting of CHP at the parliament and reminded that the current parliament couldn't elect the (new) president (of the Republic) before continuing with his comments on the recent Republican rallies in major cities.

Regarding the Republican rally in Izmir as the latest leg of a series of rallies that started in Ankara, Baykal said the rally was a great success.

He also stressed that the rallies were not organised by political parties but with the initiatives of common people.

Underlining that a profound social transformation was taking place in Turkey, Baykal pointed out that it was once more revealed in Izmir that the common people were claiming the fundamental principles of the democratic republic and the future of the country.

Baykal also drew attention to the recent merger between True Path party (DYP) and Motherland party and said left wing parties should do the same.

Baykal emphasized that the electoral alliance should eventually breed a more extensive and permanent unity between CHP and DSP (Democratic Left Party). He underlined that it would be wrong to start an alliance with a pre- conception to separate ways after the elections and indicated that he is eager to work together with "their brother party DSP" at the parliament and even may be in the cabinet.