Baykal has asserted that if he had 363 members of parliament, he would easily choose the president. He also said that anyone who tries to create a crisis will be under its burden. 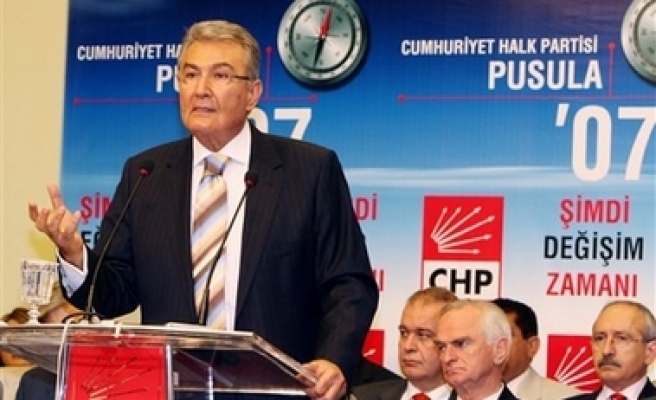 The CHP leader Deniz Baykal said: "If I too had 363 MPs, I would choose the president."

The leader of the CHP Deniz Baykal has claimed that the Prime Minister Erdoğan is blaming everybody because he cannot get to be chosen the president.

He pointed that the CHP had once chosen the Head of the Parliament with 49 MPs.

He claimed that Erdoğan is harmed heavily because he has behaved stubbornly.

Baykal has stated that the president will be the one who will represent Atatürk, so he must be honorable, moral and attached to the Constitution.

He asserted that Erdoğan claims threats to the nation because he has stumbled in the way to election.

He criticized the fact that Erdoğan was not able to choose the president with the 363 MPs the public granted to his party.

He said, "Anyone who tries to create a crisis will carry its burden."