An explosion, apparently from a bomb-rigged car, rocked Beirut's seafront Wednesday, killing an lawmaker and three others, local media reported. 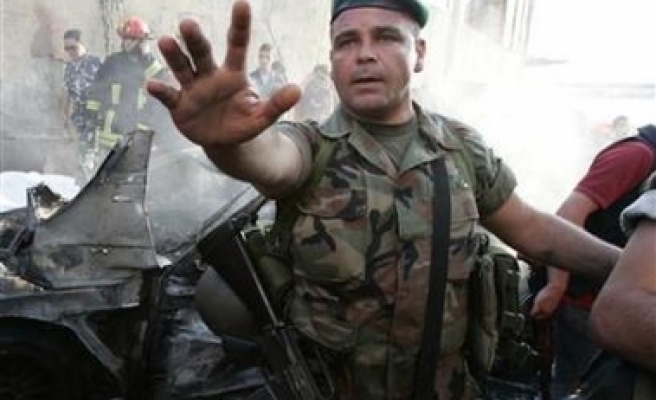 An explosion, apparently from a bomb-rigged car, rocked Beirut's seafront Wednesday, killing an lawmaker and three others, local media reported.

Eido's son and two bodyguards were also killed in the explosion, according to Future TV. Security officials had reported that the explosion killed four people and wounded 10 others.

A car was in flames and black smoke was seen rising from a narrow street off the main waterfront in Manara, which is in the Muslim sector of the capital. The Lebanese Broadcasting Corp. TV station said the explosion came from a bomb-rigged car.

The body of woman, covered in blood, was seen being pulled away from the seen by local residents. She was screaming in agony. Another man was being carried away as police sealed off the area, which is near an amusement park and a military club.

The explosion shattered windows of apartments in the area, knocked down walls and scattered debris on top of parked cars.

A series of other explosions have hit Lebanon over the past three weeks, killing at least two people. Lebanese troops also are battling in a Palestinian refugee camp in the northern part of the country. Last Mod: 13 Haziran 2007, 19:27
Add Comment