Belarus, like other Commonwealth of Independent States states, remained silent for days after fighting erupted last week as they scrambled to work out their positions. 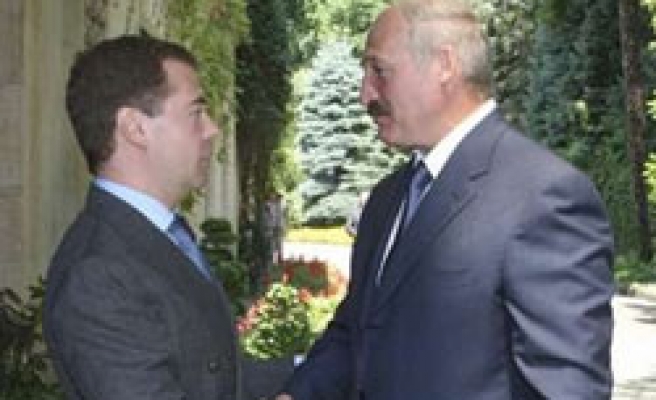 Belarus praised Russia on Tuesday for the handling of its military operations in Georgia this month -- a rare voice of approval after Moscow's closest allies distanced themselves from the conflict.

Belarus, like other Commonwealth of Independent States states, remained silent for days after fighting erupted last week as they scrambled to work out their positions. Russia eventually criticised Belarus for failing to offer open support.

"I want to thank you for the wisdom you showed in handling the aggression of a foreign state," he told Medvedev. "It was a quiet and calm reaction which restored peace in the region."

Lukashenko dismissed Western criticism of Russia's handling of the conflict.

"When I hear Western states and America discussing the issue and criticising Russia I think they are unwise," he said.

"Russia did everything in a very careful way," he said. "(The West) would have shaken up the entire world in the same situation."

Analysts say the CIS's muted reaction has revealed a possible rift between them and the Kremlin. Lukashenko has been engaged in a series of rows with Russia over energy prices.

Nonetheless, Russia is the main ally of Belarus, which has drawn criticism in the West over its rights record. Lukashenko has said relations have improved since Medvedev took over the Kremlin in May.

"All our problems in trade and economic relations have been solved," a broadly smiling Lukashenko told Medvedev.