Prime Minister Yves Leterme tendered his resignation on July 14 after failing to break the deadlock on giving more powers to the regions, reigniting speculation the 177-year-old country could break apart. 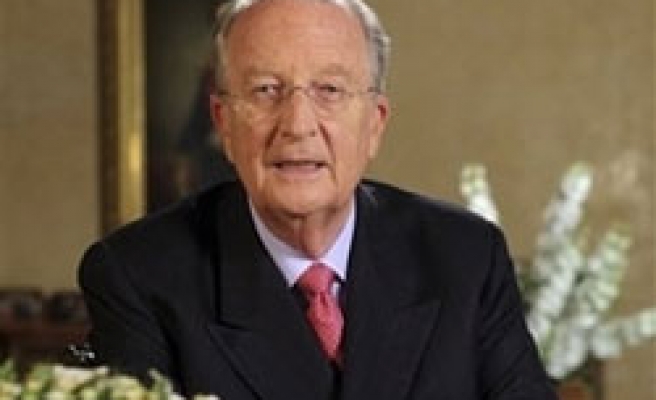 Belgium's King Albert extended the mandate on Thursday of three senior politicians charged with ending a deadlock that led the prime minister to tender his resignation and sparked talk of the country splitting.

The king asked the three to submit a report in the second half of September preparing a power devolution deal acceptable to the country's French- and Dutch-speakers, meaning Belgium is likely to avert another crisis for at least a month.

Prime Minister Yves Leterme tendered his resignation on July 14 after failing to break the deadlock on giving more powers to the regions, reigniting speculation the 177-year-old country could break apart. The king refused to accept his resignation.

King Albert then asked one German-speaking and two French-speaking politicians to determine how to start reform talks. They said they would report back by the end of July but have not done so, prompting the king to extend their mandate.

None of the three mediators -- Karl-Heinz Lambertz, Francois Xavier de Donnea and Raymond Langendries -- are Flemish.

Leterme's Flemish Christian Democrats were the clear winners of the federal election in June 2007 on a pledge to transfer powers to Dutch-speaking Flanders.

However, he failed to win over French-speaking parties from the southern region of Wallonia and the capital Brussels who feared they would lose out if their richer northern neighbours were able, for example, to vary income taxes.

Leterme became prime minister in March after nine months of crisis during which his predecessor, Guy Verhofstadt, was forced to head a caretaker administration.

Lambertz, the premier of the tiny German-speaking community and one of the negotiators, told a news conference the struggle could be likened to a group of sailors arguing on where to sail and how to co-exist on the ship.

"The priority is for the boat to leave the docks even with the knowledge that the sea will be rough," Lambertz said.

With an inflation rate close to 6 percent and the economy facing a substantial slowdown, Belgians are also eager for the parties to settle their differences and focus on pressing issues such as the rise in energy and food prices.