Five Belgian parties struck a deal on Tuesday on a governmental programme, strongly increasing the likelihood that Flemish Christian Democrat leader Yves Leterme will be sworn in as prime minister on Thursday. 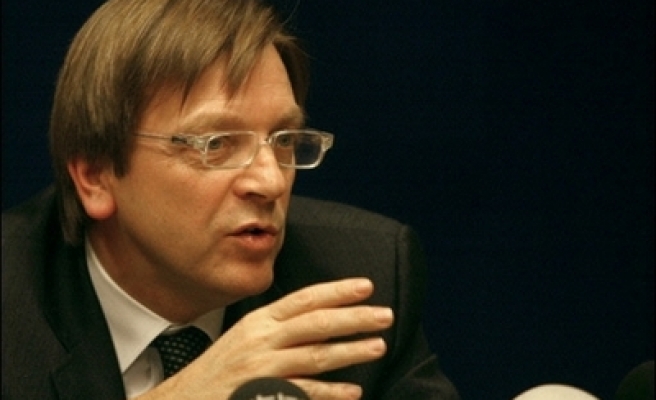 The five parties, which currently form Belgium's interim government, now need to agree on the composition of the future cabinet to ensure that a plan to end nine months of political deadlock since legislative elections in June goes ahead.

"There's been an agreement," a spokesman for Leterme said in a statement, giving no details on the substance of the deal.

Guy Verhofstadt, who has led the country since 1999, was reappointed at the end of December after six months of stalemate following the elections but had said he would make way for Leterme by March 20.

Leterme, 47, was hailed as the main victor of the elections in Dutch-speaking Flanders, the most populous region, but failed twice to form a coalition with French-speaking parties that opposed his plans to bring more devolution in the linguistically divided country.

A poll for Belgian daily La Libre Belgique which was published on Monday showed that 92 percent of Walloons did not trust Leterme as prime minister while 54 percent in Flanders felt the same.

Political squabbling over Flemish demands for more power and French-speakers' resistance to change had prompted speculation the 177-year-old-country could break apart.

The parties have already agreed to draft a devolution plan by July but political analysts take the view that the tensions over the reform could lead to another crisis by the summer.

Doubts had also risen over whether Leterme could still become prime minister after the N-VA, his small Flemish nationalist allies, said it was not convinced by the devolution deal and would not be part of the new government.