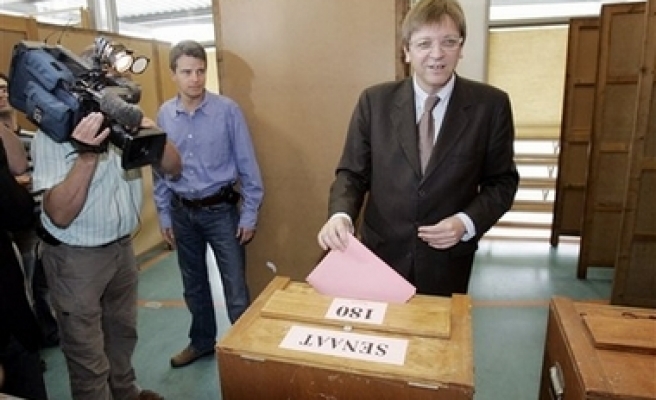 Verhofstadt went to the royal palace to hand King Albert II his government's resignation in the morning and will now stay on in a caretaker capacity until a new government is formed.

In the weeks ahead, politicians — split in Dutch and French-speaking camps — will endlessly mix and match political groups to try to arrive at a new government that stands a reasonable chance of survival.

Verhofstadt, 54, conceded defeat Sunday, saying he would leave office after eight years as prime minister, adding, "The voters of our country ... have opted for a different majority."