If approved by parliament, where the conservative leader has a solid majority, the bill would grant immunity to the top four elected officials -- the president, prime minister and the two speakers of parliament -- during their term in office. 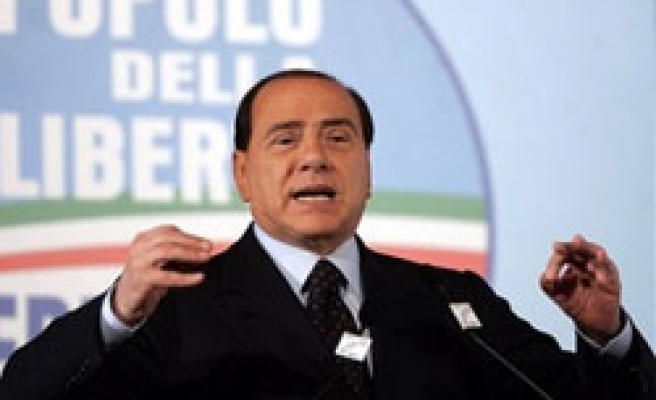 Prime Minister Silvio Berlusconi's cabinet approved a bill on Friday to give him immunity from prosecution by Italian courts, which the media billionaire says have persecuted him ever since he entered politics 14 years ago.

If approved by parliament, where the conservative leader has a solid majority, the bill would grant immunity to the top four elected officials -- the president, prime minister and the two speakers of parliament -- during their term in office.

Berlusconi's previous attempt to pass such an immunity law in his last term, in 2004, was rejected as unconstitutional. But Defence Minister Ignazio La Russa, leaving the cabinet meeting, said the new version "takes into account" all such objections.

The 71-year-old premier, waging war on "biased" state prosecutors whom he called a "cancerous growth" this week, wants to avoid possible convictions, especially in a graft case in Milan against himself and his British lawyer David Mills.

Another bill dubbed the "save-the-premier" law would suspend for a year all non-urgent cases in Italian courts -- including the Mills case -- and his lawyers are also seeking the removal of the judge in the case.

Italy's press, mindful of another Berlusconi bill that could mean jail terms for journalists who publish leaks of phonetaps, published excerpts of thousands of taps ordered by the court in Naples. They included calls from Berlusconi to RAI's soap opera chief seeking favours such as TV roles for actress friends.

Berlusconi, Italy's richest man, says he has spent 174 million euros ($271 million) on legal fees since becoming a politician in 1994, in cases linked to his business empire which ranges from TV to insurance and AC Milan soccer club.

The most imminent threat is the Mills case where Berlusconi is charged with paying his British lawyer $600,000 in 1997 from Mediaset's alleged "secret funds" to withhold incriminating details of his business dealings. Both deny any wrongdoing.

Berlusconi won a third term as premier in May promising to crack down on crime. But he has spent much of his time since then battling with prosecutors and judges.

"If he wanted to act in self-interest, he would defend himself by attending all hearings against him," Justice Minister Angelino Alfano told a news conference. "But this would be a major distraction from the job of government."

Critics say he is obsessed with the courts, though he has avoided conviction in all cases so far, either by being found not guilty or because they have lapsed under the statute of limitations.